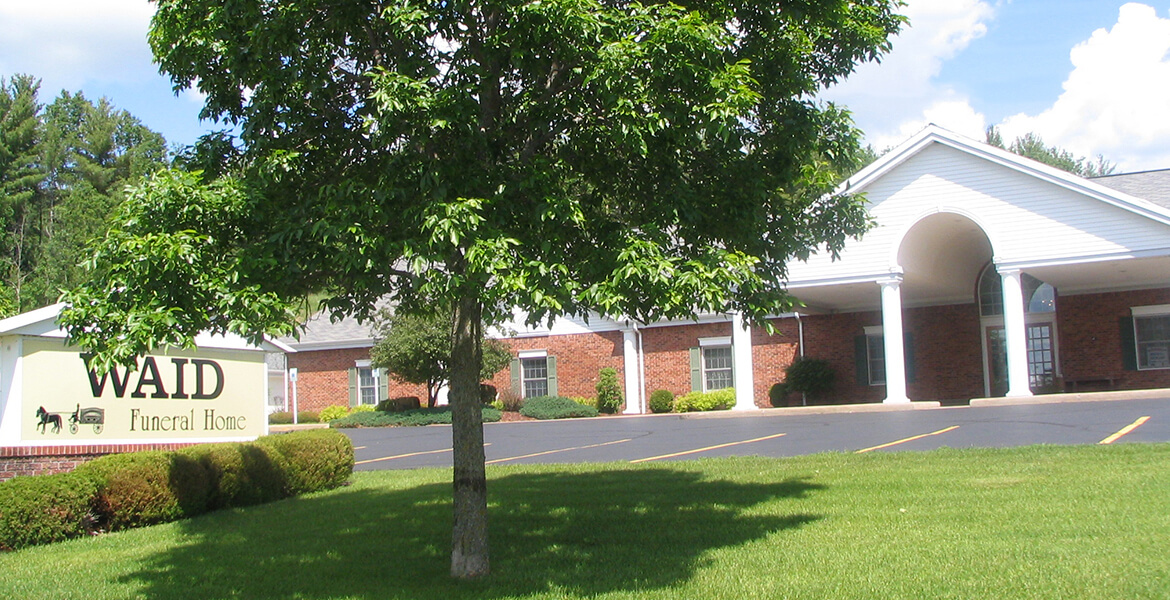 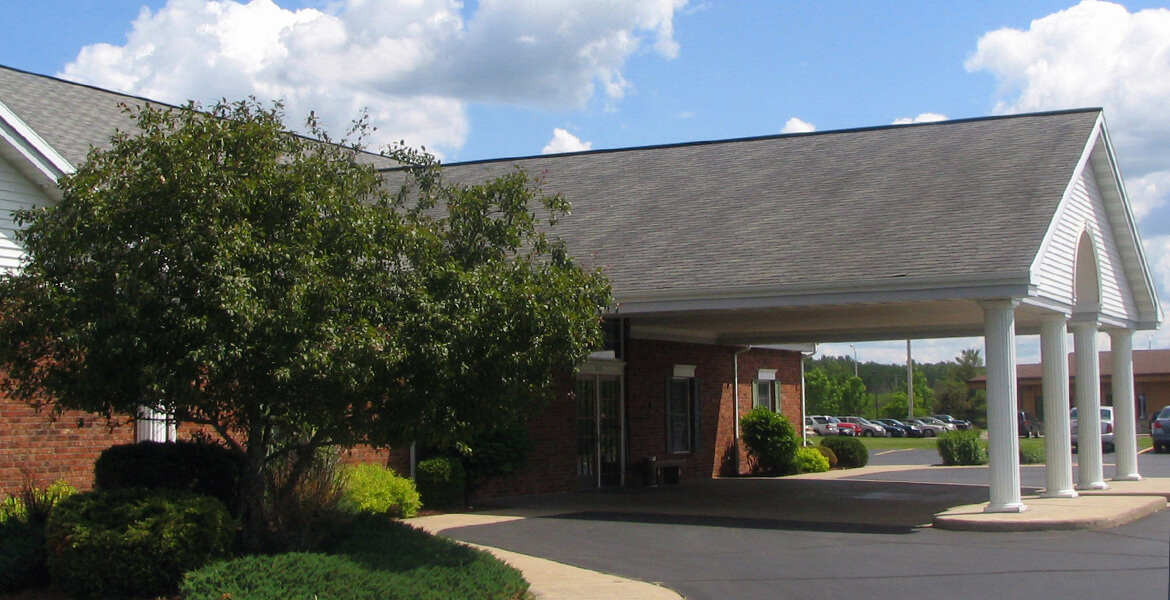 Anna grew up in Cumberland, Wisconsin and graduated from Growing Lights Christian Academy in Barron, Wisconsin in 1998. She then attended Wisconsin Indianhead Technical College in Rice Lake, Wisconsin for nursing studies. She graduated from Chippewa Valley Technical College in Eau Claire, WI from the Surgical Technologist program and went on to work for the next 10 years in surgery. She was employed by the Mayo Clinic Health System for the last 5 years of that time.

In order to pursue her desire to be a funeral director, she attended and graduated from the Arapahoe Mortuary Science program in Colorado. Anna began her career in funeral service because she feels that she can help and support others in their time of need.

As a member of the Academy of Professional Funeral Service Practice, she is committed to life-long learning and excellence in funeral service.

Anna and her husband, Jeremy, reside in Merrill, Wisconsin. She is a member of Immanuel Lutheran Church. They enjoy spending time with their two wonderful daughters, Kaitlyn and Courtney. As a family, they love to go fishing, bear hunting and deer hunting.

Paul is a native of Merrill and a 1973 graduate of Merrill Senior High School. He is a 1978 graduate of the Mortuary Science program at Milwaukee Area Technical College. During high school, Paul worked for the Schram Funeral Home in Merrill, and in 1976, the previous owner sold the business to Paul and his brothers, Alan and Dean.

Paul and his wife Missy were married in 1979 and they have three children, Kurt, Matt and Elly. In May 2008, Kurt and his wife Kasi gave Paul and Missy their first grandchild, Konner.

Paul is a member and past president of the Merrill Rotary club, a member of the Merrill Historical Society and an active member of Trinity Lutheran Church in Merrill. When he is not busy at the funeral home he enjoys playing guitar and singing, bird hunting and spending time at his cabin or relaxing up north at his trailer.

Samantha was born in Canada and raised in Colorado. She graduated at the top of her class from the mortuary science program in Mesa, Arizona. Samantha has served families in Arizona and Colorado since the completion of her schooling back in 2017.

In October 2019, Samantha married the love of her life, Brandon Finucan, who was raised in Merrill, Wisconsin. They both felt it was time to move back to Brandon’s hometown to be with family and friends. Samantha truly enjoys serving the Merrill and surrounding communities.

On her own time, Samantha likes to create special keepsakes for family and friends by using flowers and epoxy resin. 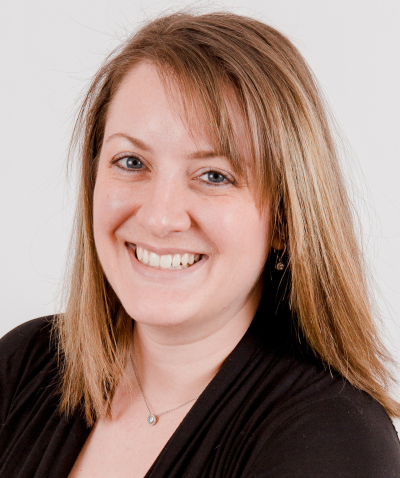 Jaci joined the staff at Waid Funeral Home in 2009, and enjoys helping families in need, whether at need or pre need.

She grew up in Merrill and the surrounding area.  Jaci lives in Merrill with her husband, Kurt, and her four children, Thomas, Emma, Claire and Jacob, and her step-son, Patrick.

Jaci and her family are members of The Well in Tomahawk.

Bill was born in Phillips, Wisconsin, February 14, 1941, and raised in Park Falls, Wisconsin, where he graduated from high school in 1959. He has one brother and four sisters all living in Wisconsin.

After high school, he studied Engineering in a co-op Engineering Program with AC Spark Plug in Oak Creek, Wisconsin as his sponsor. AC Spark Plug was a manufacturer of missile and ship guidance systems. The school he attended was General Motors Institute in Flint Michigan.

In 1965, Bill left AS Spark Plug and joined the Fort Howard Paper Company in Green Bay and spent the next 38 years in various roles in Engineering Disciplines and Maintenance Management in the Paper Industry. He designed converting machines which produced napkins, toilet tissue and paper toweling. He also served as the Engineering Manager on projects which included grass roots mills in Muskogee, Oklahoma and Rincon, Georgia, and expansion and upgrade projects in the mills of Fort Howard, Wisconsin Tissues Mills, Wausau Papers and Ward Paper. He retired as the Manager of Engineering and Maintenance from Wausau Papers, Brokaw, Wisconsin in 2003 and has lived in Merrill since the mid 80's.

In the mid 70's, he served as a first responder, president and instructor of a volunteer rescue squad which serviced the Towns of Howard, Hobart and Suamico; all located near Green Bay. He is married and has six children and seven grandchildren. He’s been very active in many roles in the churches to which he has belonged. Bill’s a member of Bible Presbyterian Church in Merrill, Wisconsin. He’s also a volunteer member of the Advisory Committee for the Aging and Disability Resource Center (ADRC).

In retirement, he enjoys all the activities of family, especially the individual time spent with children and grandchildren. Other interests that are high on his list are walleye fishing, golf, bird hunting, lawn care and sports. He’s been a Packer fan since 1958 and has grown to enjoy the Brewers as well.

Jack was born and raised in Merrill, Wisconsin where he graduated from Merrill High School. After high school he served 2 years in the Army, with one of those years being spent in Vietnam. After getting out of the service, he attended Concordia College in St. Paul, Minnesota. After college he took a job with the Merrill Police Department where he worked for the next 28 years before retiring in 1999.

While working for the Police Department, Jack and his wife purchased the Guys Shop clothing store and then a few years later, purchased Thelmas clothing store in downtown Merrill. They ran the stores together for 15 years. In 2013, they closed the stores and both retired.

Jack has been married to "the love of his life", Sherry, for over 40 years. They spend much of their time gardening, motorcycling and volunteering at Trinity Church in Merrill. Together they have two children and four grandchildren who help keep them young.

Rod grew up on a family farm about 12 miles northeast of Merrill. From grades 1 through 8, he went to a one room school (Heller) in the town of Schley. In 1963, he graduated from Merrill Senior High School. After graduation, he joined the Wisconsin National Guard for 8 years. Then he worked on road construction for 12 years. He became co-owner of Burgener Contract Carriers and drove semi over the road for several years. He was Town Chairman for the town of Russell (Gleason area) for 16 years. He now works part time for Waid Funeral Home where he is able to serve and support people in need.

Rod lives in Merrill.  He has four children, eight grandchildren and two great grandchildren. He is a member of Highland Community church and has served as an usher and greeter for several years. 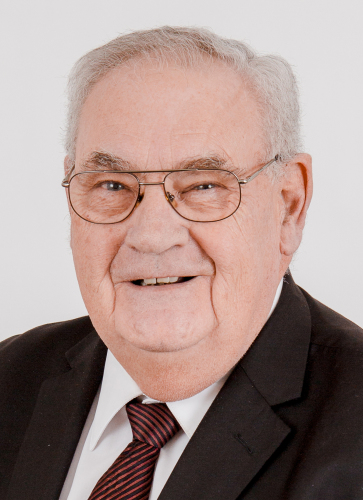 He was born in La Crosse and raised in Portage, Wisconsin. After graduating from Portage High School, the family moved to Merrill due to accommodate Steve's fathers employment as a conductor for the railroad company.

Steve worked for F.W. Woolworth Company for nine years, ending in 1968. He met his "million dollar baby, Linda Hojan, at the Woolworth store and they were married on September 10th, 1966.

On June 23rd, 1967, Steve and Linda purchased the Club Modern Restaurant while Steve was engaged in Fort Polk, Louisiana. He served nine years in the U.S. Army Reserves, and together, Steve and Linda operated the family business until April 30, 2012.

Linda and Steve were blessed with four sons throughout their marriage; Kevin, Jason, Shannon (deceased 2013) and Darren. They have three grandchildren, Casandra (Casie), Kobe and Azalea, who are all members of Our Saviour's Lutheran Church in Merrill.

Cindy joined the staff at Waid Funeral Home in 2017, and is excited to follow in her father's footsteps helping families at the funeral home.

She is a lifelong resident of Merrill, and along with her husband, owns and operates Badger Evergreen.

Traci was born and raised in the Minocqua area, and moved to Merrill in 2012 with her husband, Gerald and their three children, Caleb, Madilyn and Takiyah.  Traci joined the staff at Waid Funeral Home in 2014 and enjoys the opportunity to work with families, as well as, be a support to the staff at Waid.

In her personal time, Traci enjoys reading, playing piano and just spending time with her family and friends.  Traci also enjoys teaching Children's Church and being a part of the worship team at the Prince of Peace Church in Tomahawk, where she and her family are members.

A year of daily grief support

Our support in your time of need does not end after the funeral services.  Enter your email below to receive a grief support message from us each day for a year.  You can unsubscribe at any time.