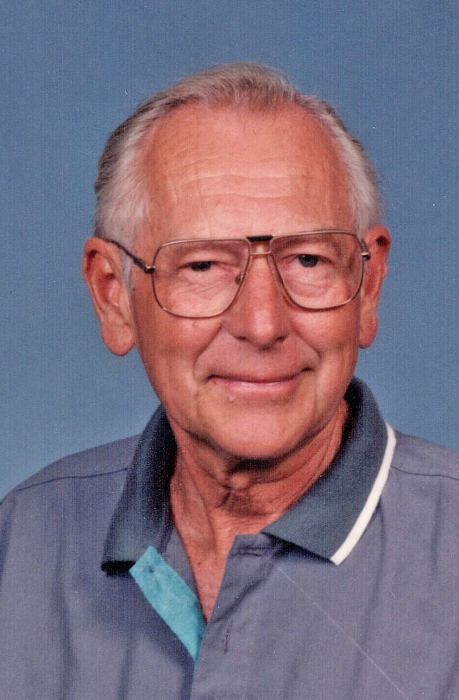 William “Bill” H. Graupman, age 91, of Merrill, passed away on August 5, 2018 at Pine Crest Nursing Home in Merrill and while under the care of Ministry Ascension Hospice.  He was born on May 27, 1927 to the late Harvey C. and Dora M. (Behrend) Graupman in New London, WI.  Bill spent his youth on a farm in Outagamie Co. after graduating from Hortonville High School.  He worked for Long Bell Labor Co. in California for 5 years.  Bill was then inducted into the U.S. Army in 1951.  He served in the Korean Conflict with the 23rd Regimental Combat Team, and was awarded the Combat Infantryman badge.  Bill returned from the service to meet his Irish love of his life, Nancy Riley.  The two exchanged marriage vows on September 22, 1956 in Appleton, WI.  Sadly, she preceded him death on January 31, 2016.  Bill spent 35 years with the Marathon Corp, American Canning Co and James River Corp. in Neenah-Menasha, Green Bay and Wausau.  He served as the production coordinator for Dixie/Marathon.  Bill retired and spent the last 27 years on the banks of the Wisconsin River, quietly enjoying his cup of coffee.  He took great pride in his daughters and grandchildren.  Bill was an avid Green Bay Packer, Wisconsin Badgers and Milwaukee Bucks fan.  He was a member at Our Saviour’s Lutheran Church in Merrill.  Bill appreciated the outdoors and was very meticulous about his yard, making sure that it was manicured perfectly.  He was a hard-working, sweet, loving and selfless man that will be missed by many.

Bill is survived by his three daughters: Kathy (Steve) Heth of Hudson, WI, Lynn (Bob) Vondrachek of Woodbury, MN and Julie Wilson of Saukville, WI, five grandchildren, many nieces and nephews and many great neighbors and friends.  He was preceded in death by his parents, wife: Nancy Graupman, son: Greg Graupman and brothers: Bob and Lee Graupman.

In lieu of flowers, family requests that donations be directed to Our Saviour’s Lutheran Church in Merrill.

To order memorial trees or send flowers to the family in memory of William "Bill" Graupman, please visit our flower store.