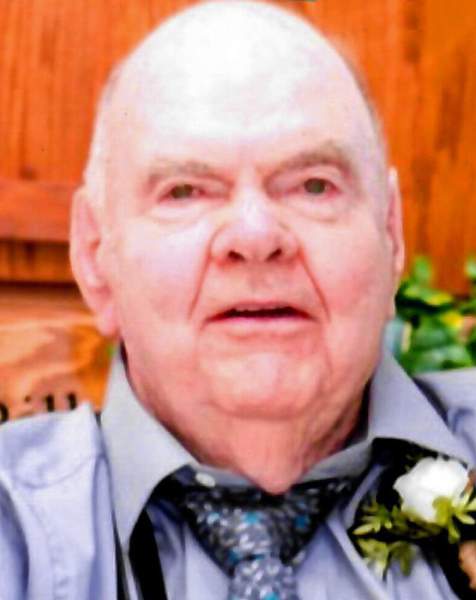 William “Bill” Seylar McCarl Jr., age 86, formerly of Chambersburg, Pennsylvania, died on Monday, February 15, 2021 at Pine Crest Nursing Home while under the care of Aspirus Comfort Care & Hospice Services.  He was born on February 9, 1935 to the late William and Florence (Stoner) McCarl Sr. in Chambersburg, PA.  Bill attended and graduated from high school in Mercersburg, PA.  After the end of his first marriage from the mother of his children and lifelong friend, Janet McCarl, he married Vonnie Whitney and the two exchanged vows on February 9, 1973 in Orlando, FL.  Sadly, she passed away on April 24, 2013.

Bill was enlisted in the U.S. Army and bravely served during the Korean War in Okinawa and the Philippines as a radio teletype repairman.  He was honorably discharged on June 9, 1956. In 2017, Bill  was able to go on the Never Forgotten Honor Flight, with his grandson Travis escorting him. It was a trip he cherished, as he was very patriotic.  He most recently worked and retired from Grove Mfg./Manitowoc Crane as the Vice President of Quality Control. Bill had previously been working in the tool and dye profession and as a mechanic.   In his younger years, Bill would enjoy stock car racing and playing guitar in a traveling band.  He loved country music and had self-taught himself how to play the guitar.  BIll was truly a “Jack of all trades” and was very skilled with his hands, whether he was working on motors or vehicles or building homemade furniture and clocks, he was always busy with something.  He is lovingly remembered by his family as an intelligent and funny man that was always personable and enjoyed striking up conversations.  Above all, Bill was a caring man that loved his family.  He also had a passion for animals, especially cats.  His jokes, laugh and sense of humor will be sadly missed by all who knew him.

A Celebration of Life for Bill will be held at a later date in Pennsylvania, along with a burial and military honors.

The family wishes to thank the staff at Pine Crest Nursing Home for the excellent care and attention shown to Bill over the years.

To order memorial trees or send flowers to the family in memory of William McCarl Sr., please visit our flower store.