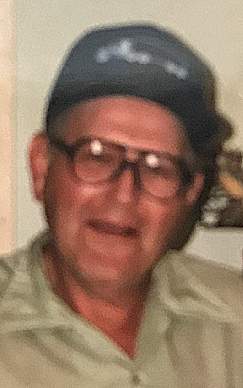 Although Wally was born in Chicago, Illinois on April 2, 1932, his family roots can be traced back to the late 1800’s in the Gleason area.  He spent his younger years in Chicago where he attended Tilden High School, but eventually transferred to Merrill Senior High, graduating in 1950.  Wally worked on the family farm in Gleason and at the Rhinelander Paper Mill until his retirement from the mill at the age of 65.  He enjoyed playing cards and shaking dice with his family and friends, as well as bowling, fishing and golfing.  Wally loved teaching his great nieces to drive his favorite tractor and shared his deep love of animals with them.

Per Wally’s specific instructions, there will be no wake or funeral at this time.  A family memorial will be held at a future date.

To order memorial trees or send flowers to the family in memory of Walter 'Wally' Friedenfelt, please visit our flower store.