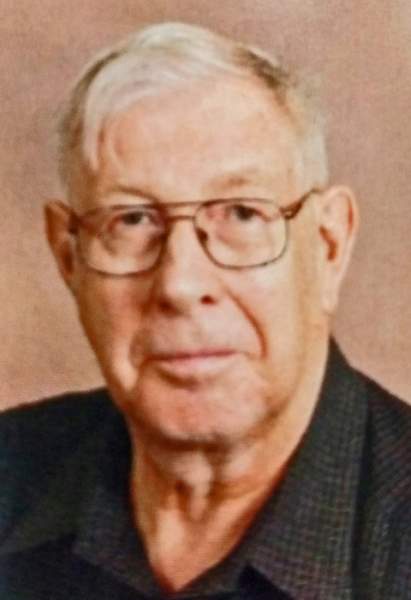 Vilas worked for the United States Postal Service as a postal clerk for 25 years.  He was also a member of NARF, Men’s Club, American Legion and St. John Lutheran Church in Merrill.  Vilas is remembered as a good-hearted man that enjoyed being outdoors and appreciated nature.  He participated in the Woodland Owner’s Association and the Northwoods Conservatory. After Vilas’ retirement, he bowled for many years, on a team with his uncle Art Harris, who taught many the game of bowling.  Vilas was an active member of his church, serving as an usher, communion assistant and general helper.  He will be sadly missed by all who knew him.

Funeral Services for Vilas will be held on Saturday, December 5, 2020 at 11 am at St. John Lutheran Church in Merrill.  The Rev. David Szeto will officiate.  Visitation will be held on Saturday, December 5, 2020 from 9 am until the time of the service, also at the church.  Military honors will be conducted by the V.F.W. Post 1638 immediately following the service at the church.  Vilas’ cremated remains will be inurned at a later time.

A recording of the service will be posted under his obituary on our website, for those to view at a later time.

Masks and social distancing will be required at the church.

In lieu of flowers, donations in Vilas’ name may be directed to St. John Lutheran Church.  A very special thanks to Ron & Beth Kautz and Julie & Don Gehrmann for their love, care and support shown to Vilas over the years and to his “St. John family” who helped care for Vilas, as well.  Thank you.

To order memorial trees or send flowers to the family in memory of Vilas Krenz, please visit our flower store.