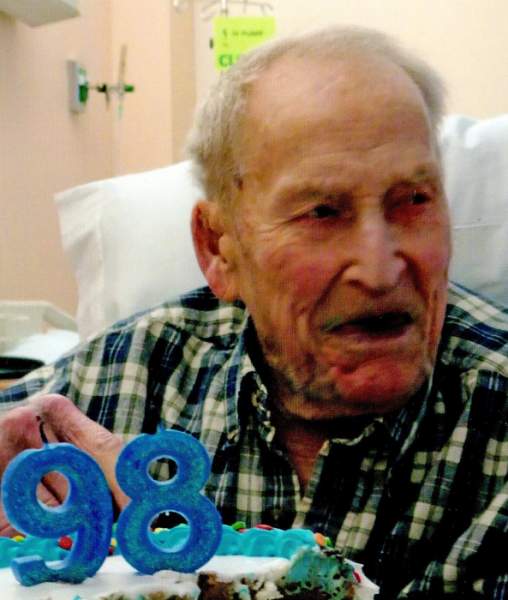 Vern Larrabee, age 98, of Gleason, passed away on Tuesday, January 7, 2020 at Pine Crest Nursing Home in Merrill.  He was born on December 14, 1921, son to the late Harold and Nettie (Brazleton) Larrabee in Menomonie.  Vern grew up in Menomonie.  He enlisted in the U.S. Army during WWII but contracted a serious illness shortly after enlisting and was honorably discharged.

Vern married Jean Dohmes and lived in Racine, until she preceded him in death.  Vern then married Marlene Krug in 1986 and they moved to Tomahawk in 2002.

Vern moved to Gleason in the Spring of 2004 and began attending the Gleason Mennonite Church.  He and Marlene were baptized upon the confession of their faith in January of 2019.

He had an amazing memory and could tell stories of facts and incidences as far back as 1930.  Vern was also an excellent mechanic and a night owl who would work late into the night fixing vehicles.  According to Vern, there were only two ways to do things, his way and the wrong way. Vern worked at American Motors and had his own garage.  He really enjoyed old cars and guns.

To order memorial trees or send flowers to the family in memory of Vern Larrabee, please visit our flower store.