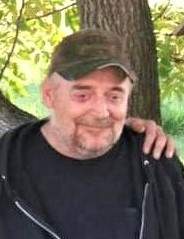 Todd C. Kleinschmidt, age 59, of Merrill, passed away unexpectedly at his home on Saturday, September 12, 2020.  He was born on July 25, 1961 to Wayne and Bonnie (Pahls) Kleinschmidt in Merrill.

Todd attended school at Trinity Lutheran and Merrill High.  He worked as a mechanic for most of his adult life, learning the trade from a company in Arkansas.  Todd used his skill in that trade at the Peterson Bus Company in Merrill, where he not only worked on the buses, but drove for the company as well.  He loved fishing and would go every chance he had, whether it was summer or ice fishing, it didn’t matter to him.  Todd will be sadly missed.

A Celebration of Life for Todd will be held at a later date.

To order memorial trees or send flowers to the family in memory of Todd Kleinschmidt, please visit our flower store.