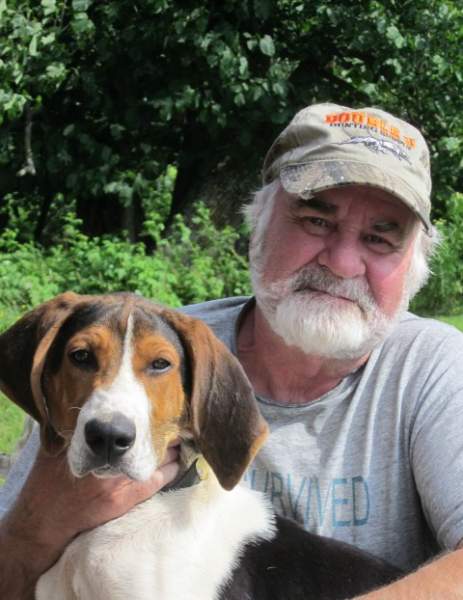 Tim O’Leary, age 74, of Merrill died Monday, August 26, 2019 at St Clare’s Hospital, Weston, after a brief battle with cancer. Tim was born in Wausau on May 31, 1945, to the late Milton and Jean O’Leary.  He had two sisters, Lynn Wolfe of Middleton who preceeded him in death and Diane Plant of Mosinee who survives.  He is further survived by his wife of 50 years, Chuckie, and their three children, Ryan (Doreen Kostka) of Marshfield, Brady of Baraboo and Megg (Jimmy Erickson) of Shoreview, Minnesota, along with four grandchildren, Madeline and Maguire O’Leary and Elsa and Emric Erickson.

Tim was a 1963 graduate of Wausau Sr. High School and was graduated from Wisconsin State University – Stevens Point in 1968.  He served for six years in the Wisconsin and Michigan National Guards from 1966 to 1972.  He was most recently employed by Church Mutual Insurance Company of Merrill before retiring in 2005 as Vice President of Sales.  Since receiving his first beagle hound puppy at the age of 12, Tim has been passionate about fox, coyote, and bear hound dogs his entire life.  There have been very few years when there has not been kennels full of hounds on Tim and Chuckie’s property.  He has been a longtime member of the Wisconsin Bear Hunter’s Association.   Tim also loved his little cabin in Oneida County and he and Chuckie spent many years deer and bear hunting out of their cabin and exploring the Willow Flowage on their pontoon boat with family and friends.

Tim was grateful for the gift of life by a lung transplant three years ago at UW Hospital in Madison. He was so grateful for those wonderful years with his friends and family.

Memorials should be sent to the family who will use those generous gifts to “pay it forward” to other families struggling to meet financial needs following an organ transplant.

To order memorial trees or send flowers to the family in memory of Timothy O'Leary, please visit our flower store.