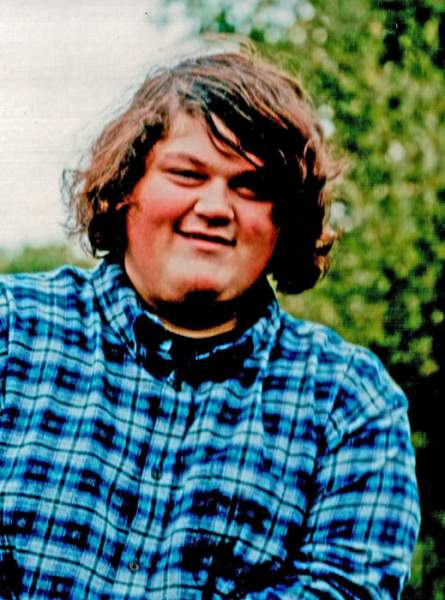 Thomas E. LaFreniere, age 19, of Merrill, passed away unexpectedly at his home on Saturday, September 28, 2019.  He was born on September 14, 2000 to Scott and Lisa (Wilson) LaFreniere in Iron Mountain, Michigan.  Thomas attended and graduated from Merrill High School.  He was currently attending Blackwell Job Corp. in Laona, WI, where he had met many good friends.  He was working on getting into the trade work of carpentry.  When Thomas was younger, he loved trains and was convinced that he would be working on the railroad one day.  Thomas also enjoyed video gaming, listening to music and playing his drums.  He was a smart kid that had facts on so many subjects – he was always up for a game of Trivial Pursuit!  Thomas is remembered as a quiet and polite young man that had a strong work ethic.  He would look forward to spending time with family at gatherings and would do anything for anyone.  When Thomas was determined to do something, he would not be easily deterred.   He was a thoughtful and kind person that will forever be in the hearts and minds of all who knew him.

Thomas is survived by his parents: Scott and Lisa LaFreniere of Merrill, little sister: Emily LaFreniere of Merrill, grandparents: Ron and Bonnie Ludwig, of Shawno, formerly of Merrill and Edward and Ann Wilson of Eastpointe, Michigan, grandfather: Bill LaFreniere of Norway, Michigan, his best friend: TJ Cole of Merrill, numerous aunts, uncles and cousins, his extended Blackwell family, especially Lee McCormick and his dog “Isabelle”, who never left his side.  He was preceded in death by his great grandmother: Doris Nelson.

In lieu of flowers, family requests that donations be made in Thomas’ name to the Blackwell Job Corp. to help them continue to be able to provide students with education and support.

Waid Funeral Home & Cremation Service of Merrill is assisting the family with arrangements.  Online condolences may be made at www.waidfuneral.com

To order memorial trees or send flowers to the family in memory of Thomas LaFreniere, please visit our flower store.