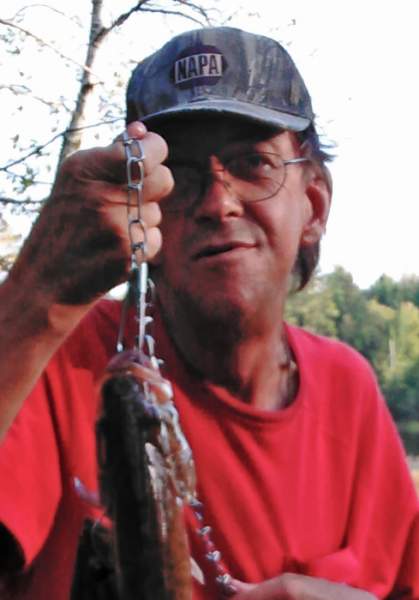 Terrence ‘Terry’ W. Steppert, age 55, of Wausau, passed away on Friday, December 6, 2019 at Edenbrook in Wisconsin Rapids.  He was the youngest of 9 children, born to the late Kenneth and Delores (Marth) Steppert on July 1, 1964 in Milwaukee, WI.  Terry attended Wausau East High School.  He loved fishing and would look forward to fishing outings with family, as well as camping and enjoying the outdoors.  Terry also would take in a few hands of cards when he had the chance. He had a well-known “sweet tooth” and loved his candy! Terry was a very giving and generous man with a kind spirit.    He will be sadly missed but remembered fondly.

Terry is survived by his siblings: Sandy (Richard) Diedrich of Rice Lake, WI, Patty (Bill) Stout of Ohio, Tom (Mary) Steppert of Kaukauna, WI, Deb (Randy) Woller of Merrill, Carol Steppert of Weston and his twin brother: Todd (Therese) Steppert of Massachusetts, niece: Becky (Jeremy) Lincoln of Merrill, with their children: Amra and Brittin and numerous other nieces and nephews.  He was preceded in death by his parents, infant brother: Jerry Steppert and sister: Margie (Jerry) Bukiewicz.

Per the wishes of the family, there will be no services for Terry.

To order memorial trees or send flowers to the family in memory of Terrence 'Terry' Steppert, please visit our flower store.