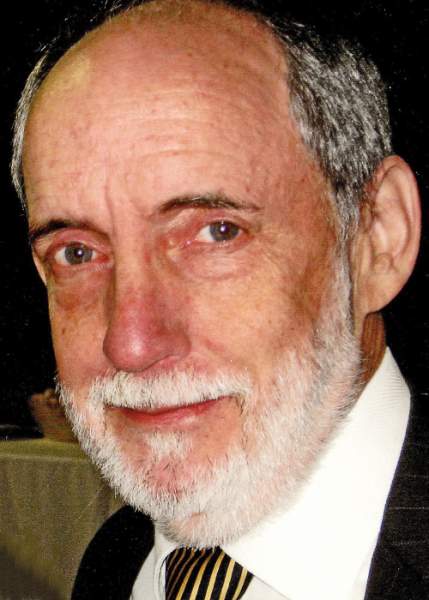 Ted William Bengtson, age 67, of Merrill, passed away on Saturday, April 27, 2019 at Pine Crest Nursing Home in Merrill. He was born to Dr. Roy and Luverne Bengtson at Sheppard Air Force Base Hospital in Wichita Falls, Texas on March 15, 1952. He was the third of five children.

Ted was always known for his intelligence and quiet mannerisms. He had a strong Christian faith all his life. Ted attended J.W. Smith Elementary School, Bemidji Junior High, and Bemidji High School. After high school, Ted attended North Park Covenant College in Chicago, Illinois where he graduated in 1974. Ted continued his education at the University of Minnesota Dental School where he graduated in 1979. After graduating from dental school, Ted joined the United States Indian Health Service. For several months after becoming a dentist, Ted worked at the Cass Lake, Minnesota IHS Dental Clinic. Ted’s first ‘real’ position as an IHS dentist, however, was at the Peter Christianson Health Center in Lac du Flambeau, Wisconsin.

On June 30, 1979 Ted married Rhonda Hasse, and they moved to Minocqua, Wisconsin. They remained there for two years. In 1981, Ted accepted a position as a staff dental officer at the Public Health Service Indian Health Center in White Earth, Minnesota. Ted and Rhonda initially rented a home in Detroit Lakes, Minnesota. After three years, they purchased their first home on several acres just northwest of Frazee, Minnesota. Ted was active in both our church choir and the local barbershop quartet during this period of his life.

In 1983, Ted and Rhonda’s only child, Phillip Anthony Bengtson was born in Detroit Lakes. He quickly became the apple of his father’s eye. In late February of 1986 Ted, Rhonda, and Phillip moved across the country to Neah Bay, Washington where Ted was the chief SUDP at the Sophie Tretevick Health Center. In June of 1988 the family moved to Scottsdale, Arizona where Ted had been accepted into an advanced dental practice residency at the downtown Phoenix Indian Medical Center. While there, Ted had the opportunity to work with many Navajo, Pima, and Hopi native Americans.

Ted completed his residency in 1990 and accepted a position as the chief SUDP at the PHS Indian Hospital in Sisseton, South Dakota. Ted was in charge of the dental clinics in both Sisseton and Wahpeton in northeast South Dakota. In June of 1993 Ted, Rhonda, and Phillip moved to Weatherford, Oklahoma where Ted was the chief SUDP at the Clinton, Oklahoma Indian Hospital. In this position, Ted was in charge of three dental clinics in Clinton, El Reno, and Watonga, Oklahoma. He primarily worked with Cheyenne-Arapaho tribal members.

Ted and Rhonda remained in Oklahoma for the duration of Phillip’s elementary, junior high, and high school years. In January of 2003, Ted and Rhonda moved to rural Antigo, Wisconsin where they purchased several acres in the woods east of Antigo. Ted loved seeing birds, bear, and other creatures in our beautiful yard there.

While living in Antigo, Ted worked as a dentist at the Stockbridge-Munsee Mohicans Health Center in Bowler, Wisconsin. Initially, he remained employed by the U.S. Indian Health Service. In 2005, he retired from IHS and reported the next day to the same job as a Stockbridge-Munsee Tribal employee. Ted’s health problems and the lack of appropriate medical professionals in rural Wisconsin lead to the deterioration of Ted’s health, and he retired from dentistry in 2010. After his retirement, he lost his focus on life and never quite recovered. He did, however, enjoy volunteering with Reggie, a wildlife rescue center near Antigo, and delivering Meals on Wheels to senior citizens in Antigo. Ted and Rhonda relocated to a smaller home just outside of Merrill, Wisconsin in 2015. They were members of the Christ United Methodist Church in Merrill

Ted leaves behind his wife of almost 40 years, Rhonda; their only child, Phillip and his wife, Lindsay; and their only grandchild, Penelope. Other family members include Ted’s brothers Paul (Julie) Bengtson and Keith Bengtson, his sister, Jean (Geoff) Rothery; his brother-in-law, Brian (Hilda) Hasse; and a sister-in-law, Ann Hasse. Finally, Ted leaves behind seven nephews and two nieces. He loved them all. His quiet presence will be missed.

Ted has joined his parents, Roy and Luverne Bengtson; his little sister, Betty Lu; his father-in-law, Arlo Hasse; and his nephew, Mark Plocher in heaven.

Family of Ted ask that new 70 count notebooks for children in need be sent, instead of flowers.

To order memorial trees or send flowers to the family in memory of Ted Bengtson, please visit our flower store.