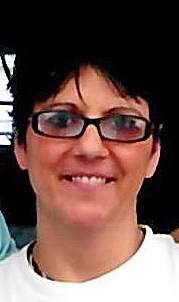 Tammy attended and graduated from Merrill High School.  She had worked at Laura Lee’s (now Ballyhoos), All Aboard and Lincoln Wood until she was unable to work.  Tammy then became a stay at home grandma, spending time with her precious grandchildren, who were a priority in her life.  She also volunteered at the Open Door Shelter in Wausau.  Tammy was a giving and caring woman that would make you feel comfortable just talking to her.  She was also a great cook, making her specialties for her family and friends.  Tammy aimed to please people and was selfless by nature.  She was strong- willed, funny and had an engaging personality.  Recently, Tammy would enjoy spending time outdoors caring for her flowers in her yard.  She will be sadly missed.

To order memorial trees or send flowers to the family in memory of Tammy Woellner, please visit our flower store.