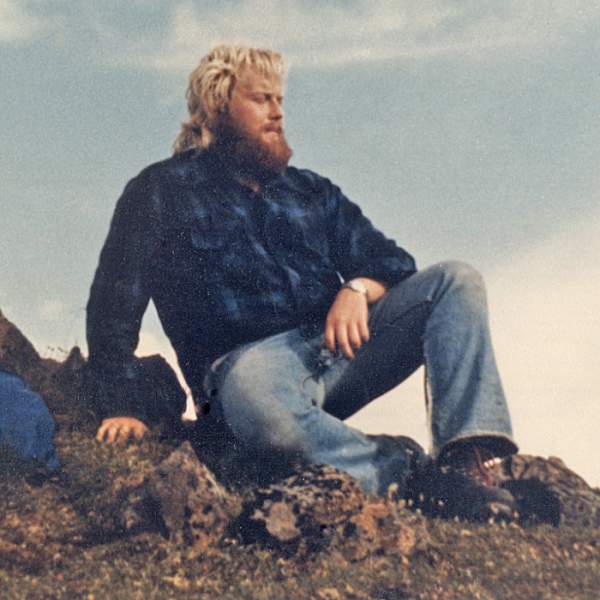 He worked as an electrical engineer for Wisconsin Public Service.

Steve had hundreds of friends in the Northland, too many to mention by name. We all loved the heck out of this wonderful and amazing gentleman and friend. His “living the dream” concept was played out in a rustic and antiquities filled homestead cabin in far Northern Wisconsin, near the shore of Lake Superior. Friends could congregate for a cup of coffee, enlightening conversations, a fish fry, or cool libation.

Steve’s love for Lake Trout fishing on Lake Superior and his passion for yearly trips to Canada seeking walleye were beyond compare. His boat, FISHHAWK, was his pride and joy. After fishing all day on the great lake Steve often coursed his return trip home past Brownstone Island and landed mid-way at the Rocky Island fish camps with reports of the day’s efforts. Here he was welcomed with open arms by his Islander friends who were kept engaged by his amazing story-telling skills and infectious laughter. He enjoyed the “Norwegian Riviera” so much that he would often reserve dockside sleeping accommodations; at dawn’s calling he would depart silently, without notice, and return to the homestead where his dreams came true.

Years ago, when a friend moved to Alaska, Steve spent the entire summer fishing there; visiting several more times on vacation. Steve was a good friend who was always happy; with a good sense of humor.  Steve now lives forever in the hearts of special friends of northern Wisconsin.
He loved Bayfield, the Apostle Islands and the Big Lake. Steve welcomed visitors young & old, from near and far, to his log cabin near Sand Bay. A "cold one" (or two) would be offered with a smile. All who stopped in were welcome. He was a "legend" in the Bayfield area for many good reasons. He will be missed by many.

Steve enjoyed downhill skiing for over 50 years. Something will be missing this winter on the slopes of Granite Peak & Indianhead: the graceful skiing style of Steve. He'll be missed by many but you just gotta smile when you think of Steve.

Steve was one of those guys that did what he wanted in life. He was a big guy but was one of the most graceful skiers you would ever see. He spent six years working for the National Park Service, 3 on Isle Royal (commuting by helicopter) and 3 in the Apostle Islands. He fell in love with that area and the people up there, bought 40 acres and built a log cabin. When he retired he spent most of his time up there. I remember when Steve took a job at Wisconsin Public Service, he was working National Park Service summers and ski instructing at Rib Mountain. He had a great job at WPS that gave him the chance to build his cabin and spend his retired years hunting and fishing on Lake Superior.

Bon Voyage Brother Steve, you led a great life with many friends....we’ll miss you.

Steve was the "perfect boy." When his mom walked around the block with him, as a young child, they would stop often to talk to all of the neighbors. He made them happy.
One Sunday while driving to the cottage, we went past a group of people, who were obviously having a lot of fun. He was about three. He turned toward Mom and said, "Who tares muver dear, we have a teg at the tottage!"
Another time, at another gathering, he was walking around the yard with a his mom's friend. She was showing him flowers and talking to him like we all talk to three-year-olds. He gently patted her cheek to get her attention and said," Lois, how tum your not a muver!"
Steve was a caring little boy and a happy man! Love you forever.

He is preceded in death by his parents.

Services are postponed due to COVID. A memorial is being planned for next Summer.

To order memorial trees or send flowers to the family in memory of Steve Schleif, please visit our flower store.