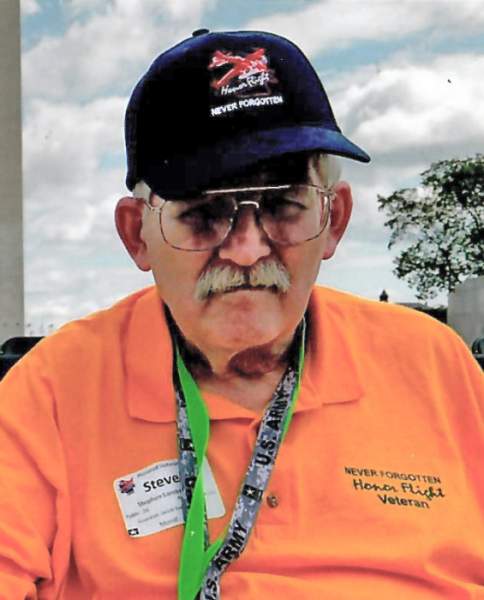 Stephen ‘Steve’ Arthur Lambrecht, age 73, of Merrill, died on Monday, November 30, 2020 at Tomahawk Health Services.  He was born December 28, 1946 to the late Charles and Beverly (Peck) Lambrecht in Merrill.  Steve graduated Merrill High School, enlisted in the U.S. Army and bravely served during the Vietnam War.  For his efforts during this time he was awarded with the Bronze Star Medal.  The Honor Flight Network had the privilege of recognizing his service with an Honor Flight in 2019.  After his enlistment he furthered his education at UW-Oshkosh, earning his Philosophy degree.  He met the love of his life and best friend, Susan Gustavson, the two exchanged marriage vows on August 18, 1979 in Merrill.  They started their marriage with a honeymoon trip to Canada and then went on to raise three children together. His children fondly remember him spending time playing baseball with them and watching their sporting activities.  He was a dedicated and loving husband, father and grandfather, his grandchildren gave him great joy.  Steve had a strong work ethic and selflessly provided for his family. Steve worked at Lincoln Wood for over 20 years as a glass specialist.  He enjoyed cooking meals for the family and for family gatherings.  In his spare time, Steve looked forward to camping at Council Grounds and enjoying the beauty of nature. He also loved listening to his record collection and reading books.  He is remembered as a reserved, kind and intelligent man, with a serious sweet tooth!  He will be sadly missed, but always in the hearts of all who loved him.

A Time of Remembrance for Steve will be held on Friday, December 4, 2020 from 3pm-5pm at Waid Funeral Home.  Military honors will be conducted by the V.F.W. Post 1638 at 5pm, also at the funeral home. Live streaming will be available at 4:30 pm under his obituary on our website.  A recording will be posted later.

Masks and social distancing will be required at the funeral home.

In lieu of flowers, donations in Steve’s name may be directed to either the Northwoods Veterans Post in Merrill or the Parkinson’s Organization.

To order memorial trees or send flowers to the family in memory of Stephen 'Steve' Lambrecht, please visit our flower store.