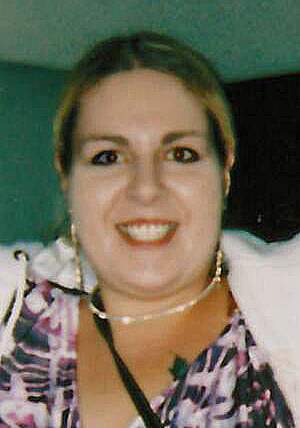 Sheri Lynn Kramer, age 32, of Wausau, beloved daughter of Timothy N. and Cami J. Kramer, went home to be with the Lord on Saturday, March 3, 2018, after a courageous battle with long-term health issues.  She entered eternal life while being held by her mom and dad, who were by her side and while she was under the care of Aspirus Comfort Care & Hospice Services in Wausau.  She was born on June 26, 1985, in Merrill, and was a graduate of Antigo High School with the Class of 2003.  Sheri was a devoted and loving mother, daughter, sister, cousin and friend who was willing to help anyone in need and never expected anything in return.  She had been employed at Eastbay in Wausau, Amron in Antigo and worked as a waitress at Country Kitchen in Wausau.  Sheri had also worked at various hotels and apartments cleaning and doing any painting that needed to be done.  She is remembered as a caring and giving person that had a heart of gold.  Sheri was also a determined person with a strong will.  She enjoyed summer cookouts, peaceful camp fires, spending time at the lake with her son, movies, reading, mastering games on her phone, flowers and her favorite cat, “Max”.  Sheri also would look forward to her dad’s famous BBQ chicken!  She will be sadly missed by all who knew her.

The family would like to thank the doctors and nurses at Wausau’s Aspirus Comfort Care & Hospice Services for their excellent care.

Sheri became a registered organ donor so that, even in death, she is helping others.  Through the Wisconsin Lions Eye Bank, her corneas will go to two people who will now have the gift of sight.  Her eyes will live on and see wonders and places that she’s never seen.

To order memorial trees or send flowers to the family in memory of Sheri Kramer, please visit our flower store.