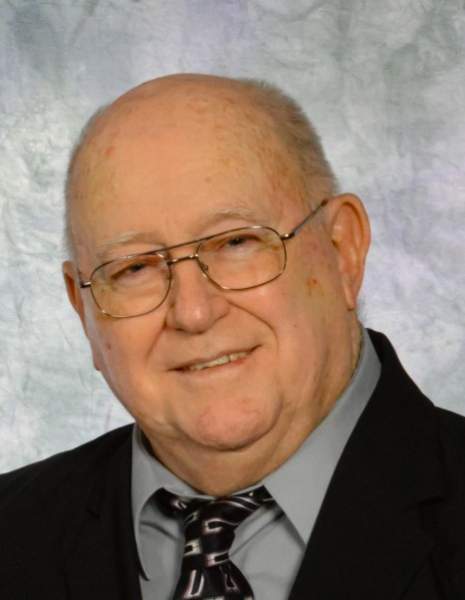 Roy Henry Thiel passed away September 17, 2020 at Pine Crest Nursing Home surrounded by his family. He was under the care of Aspirus Comfort Care and Hospice Services.  Roy was born on July 13, 1934 to the late Dewey Edward & Alma Emma Purath in Appleton, WI.  He married his greatest love, Jacquelyn Colling, who survives, on April 24, 1954.  They celebrated 66 wonderful years together.

Roy was a veteran of the Army National Guard.  He was a star baseball pitcher for Hortonville and Greenville, WI, in his teens, and was scouted by the Cleveland Indians Ball Team.  He loved to bowl, golf, play cribbage, and held amateur radio call N9TVV.  He had great stories and jokes to tell and could keep everyone entertained.  Roy retired after 25 years with Gage Food Products as a salesman, and a very good one!  His greatest joy was the day he met his Jackie when she worked at the Orange Bowl Drive-in in Appleton.  He was a member of St. Francis Catholic Church in Merrill and a devoted family man.  He will be dearly missed.

He is preceded in death by daughter: Cynthia, his parents and other friends & family.

Per Roy’s wishes, no services will be held but he would love to live on in your memories.

Family would like to thank Pine Crest Nursing Home & staff, as well as Aspirus Comfort Care & Hospice for the wonderful care dad received.

To order memorial trees or send flowers to the family in memory of Roy Thiel, please visit our flower store.