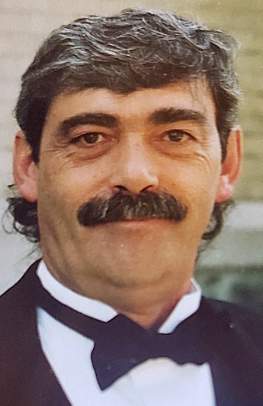 Ronald ‘Ron’ Jack Moser, age 67, of Merrill, passed away unexpectedly on Sunday, September 4, 2022, at his home.  Ron was born on February 7, 1955, to the late Joe and Margaret (Pagel) Moser in Merrill.  He attended Merrill High School.

Ron worked as an automobile mechanic for the majority of his life, but also did maintenance and drove for the hospital and Geri Vans.  In his younger years, Ron was well-known for being a drummer in many bands.  He was a goofy, fun-loving man that adored his grandchildren.  He could be found at any given time in the garage working on his vehicles or someone else’s.  He was very talented when it came to repairing vehicles and taking them apart.  In his spare time, Ron enjoyed listening to the Beatles, spoiling his little dog Chico, and working on and collecting old Chevy’s.  He will be sadly missed by all who knew and loved him.

Ron is survived by his significant other of 29 years: Janet Teske of Merrill, daughters: Amy Honey of Eagle River and Sara Hall of Merrill, grandchildren: Mikala (Julio) Ocampo of Weston (with their children: Adrian and Julian) and Emma Wendt, as well as his spoiled fur-baby: Chico.  He was preceded in death by his parents.

Per family request, no formal service will be held.  A Celebration of Life for Ron will be held on Sunday, September 25th, 2022, from 11am - 3pm at the Agra Pavilion in Merrill.

To order memorial trees or send flowers to the family in memory of Ronald 'Ron' Moser, please visit our flower store.