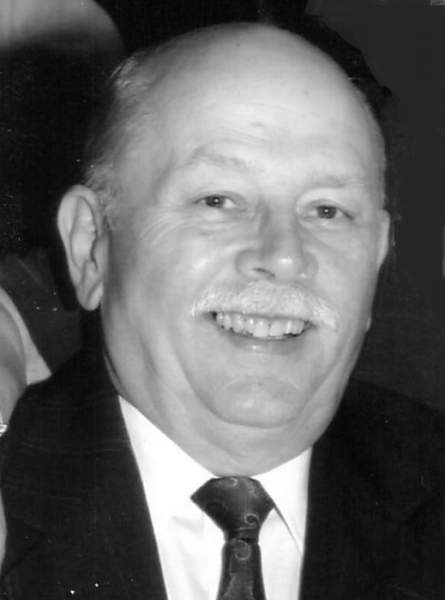 Ronald ‘Ron’ F. Lass, a.k.a ‘Bert’, age 84, of Merrill, passed away on his favorite holiday, July 4, 2020, at his residence in Merrill, while surrounded by his loving family and under the care of Aspirus Comfort Care & Hospice Services.  He was born on March 8, 1936 to the late Edward and May (Marunde) Lass in Evanston, IL.  Ron attended and graduated from high school and went on to proudly serve his county in the U.S. Coast Guard from April 14, 1955 until his honorable discharge on April 12, 1957.  Ron met Dorothy Marcek and the two lovingly exchanged marriage vows on June 1, 1957 in Marinette, WI.  She survives.

Ron was the bank president at M&I/BMO in Merrill for many years, as well as serving on the board of directors, until his retirement in 1995. He had attended the University of Wisconsin – Madison and was a graduate of the School of Banking.  Ron was very involved with his community and was active in many organizations, including the VFW Post #1638 in Merrill, Lions Club, the Eye Bank Coordinator for the Lions Club, Rotary Club and was a Fire/Police Commissioner.  In his downtime, he and Dorothy enjoyed traveling across the U.S. and eventually visited every state.  Ron looked forward to deer and duck hunting, as well as ice fishing and summer fishing.  He also would take in a round or two of golf when time allowed.  Ron enjoyed playing Poker with family and friends and visiting his cabin on Knight Lake.  He enjoyed baseball and coached Little League in Appleton and Merrill, as well as being on the council.  Ron was a former member of the Trinity Lutheran Church in Merrill.  He will be sadly missed, but never forgotten.

A graveside service will be held on Tuesday, July 14, 2020 at 10:30am at Merrill Memorial Park Cemetery.  The Rev. Scott Gustafson will officiate.  Military honors will be performed by VFW Post #1638. A Celebration of Life Luncheon and Visitation will be held at the Eagle’s Club from 12-2pm.

In lieu of flowers, memorials may be directed to Ron’s family for a memorial being set up in his name.

To order memorial trees or send flowers to the family in memory of Ronald 'Ron' Lass, please visit our flower store.