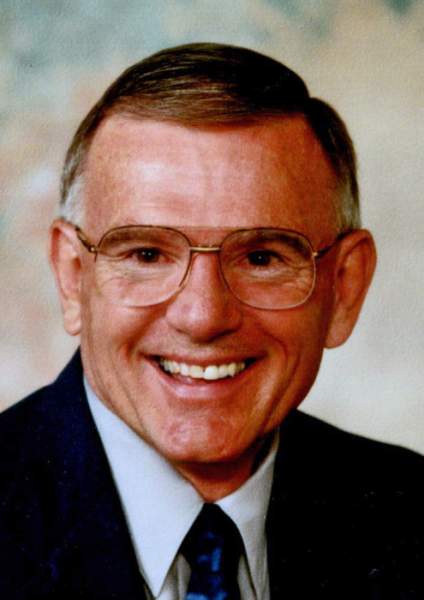 He was born on October 8, 1940 in Ontonagon, MI to the late Angelo and Genevieve (Landree) Rebella.  He married Evelyn “Evie” (Kainrad) on June 20, 1964 at the Immaculate Conception Catholic Church in Ravenna, Ohio, and together they took great pride in raising their family of six children in Merrill, WI.

Ira’s faith was most important to him.  Daily prayer was a priority and he devoted his life to loving and serving the Lord.  Over the years, he served St. Robert Bellarmine/St. Francis Xavier as an usher, lecture, Eucharistic minister and CCD teacher.  Ira served as president of the St. Roberts & St. Francis parish councils, and was a member of the K of C.  A close second to his faith was his family, in which he took great pride.

Ira graduated from Ontonagon High School in 1958, where he earned 11 varsity letters.  He attended Northern Michigan College, graduating in 1962 with a degree in Physical Education, Mathematics and Biology.  While at Northern, he was active in Delta Sigma Phi Fraternity, Kappa Delta Pi Honor Society and the Blue Key Honor Fraternity.  In 1964, he received a teaching fellowship from Kent State University, graduating with his MA degree in education.  In addition to teaching classes, he was an assistant in the Applied Physiology Research Laboratory, and was also an assistant athletic trainer.

In the Fall of 1964, Ira and Evie moved to Suring, Wisconsin, where during the next 4 years, Ira taught K-12 physical education and Algebra.  He led the construction of the school’s first football field with a track, and served as athletic director, head basketball coach (2 years), head football coach (2 conference championships, including an undefeated season with only 12 points scored against the defense) and head track coach (28-1 dual meet record).  Ira was named Coach of the Year twice.  He also served as the M&O Conference Commissioner.

Ira and Evie moved to Merrill, Wisconsin in 1968, where over the next 32 years, he taught K-12 physical education, mathematics, served as math department chairman and was the head football coach for 17 years.  His football teams were Wisconsin Valley co- champions in 1977, and champions in 1979.  Twice Ira was selected as district coach of the year.  He was one of the founders of the Wisconsin High School Football Coaches Association, and served as its first president.  He served as president of the former Wisconsin Federation of High School Coaches Association, and a member of AAHPER, WAAHPER, NEA, WEA, CWEA and MTA. He also coached football in Athens for four years. After retiring from MAPS in 2000, he served as the principal of St. Francis Catholic School until 2004. He was also recording secretary and president of the Merrill Lions and received a Melvin Jones Award.  At Lambeau Field Atrium, Ira’s picture is the first one on the plaque of the Wisconsin Coaches Hall of Fame, which he was inducted into in 1996.  Ira was awarded the Golden M Award in October 2018.

Along with several trips to Hawaii, their six children honored Ira and Evie with a trip to Italy for their 50th wedding anniversary.  They enjoyed every minute touring the country.  They also loved spending a couple months each winter in Florida after his retirement in 2004.

A Mass of Christian Burial for Ira will be held on Saturday, December 1, 2018 at 11 AM at St. Francis Xavier Catholic Church in Merrill.  Father Chris Kemp and Father Jim Horath will co- officiate.  Visitation will be held on Friday, November 30, 2018 from 4PM to 8PM at Waid Funeral Home.  There will be no visitation at the church prior to Mass.

To order memorial trees or send flowers to the family in memory of Ronald Rebella, please visit our flower store.