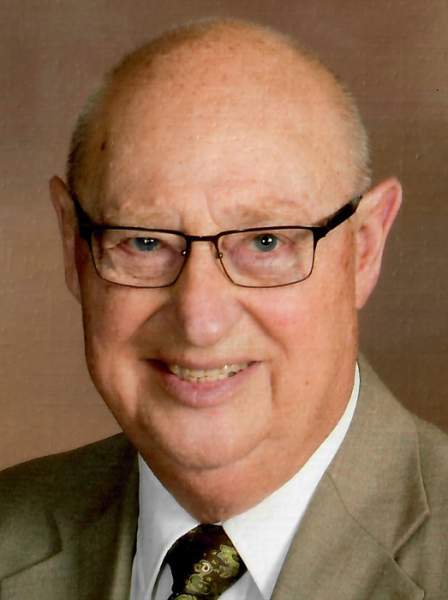 Roger Earl Schmoldt, age 81, of Merrill, passed away unexpectedly at his home on Saturday, February 20, 2021.  He was born on March 4, 1939 to the late Erich and Lillian (Radtke) Schmoldt at their home in Fremont, WI.  Roger went to grade school in Fremont, and later to Weyauwega High School, where he was a star basketball player.  His love for the game went with him throughout his life. Roger enjoyed playing and watching all types of sports.  After his high school graduation, he joined the U.S. Marine Corps, and proudly served the country that he loved.  After his tour of duty, he came back to Weyauwega where he met and ultimately married his wife, Marion Peterson, on April 28, 1962.  She survives.  They lived the first part of their married life in Appleton.  Roger worked on computers for Home Mutual Insurance.  They moved to Fremont and he worked for P & B Excavating, operated a small retail store and served as the president of Fremont.  They then moved to Weyauwega and while living there he served as president of the congregation at St. Peter Lutheran Church.  Roger also worked for Waupaca county as the administrator, then the city of Menasha in an administrative position.  After that, they moved to Bull Head City, Arizona, where he worked in the same capacity.  They moved back to Wisconsin, to St. Croix Falls, working as the city administrator.  After some time, they moved to Merrill, where he served as the Lincoln County Administrator, and did that until his retirement.  Roger resided in Merrill until the time of his death.  He was a member at Christ Evangelical Lutheran Church in Merrill.

A memorial service for Roger will be held on Friday, February 26, 2021 at 11am at Christ Evangelical Lutheran Church in Merrill.  Pastor Neil Behm will officiate.  Visitation will be held on Friday, February 26, 2021 from 9:30am until the time of the service, also at the church.  Military honors will be performed by the VFW Post 1638 immediately following the service.  Burial of Roger’s cremated remains will take place at a later date in Weyauwega.

In lieu of flowers, family requests that donations in Roger’s name be directed to the Northland Lutheran High School in Kronenwetter or to Christ Evangelical Lutheran Church in Merrill.

Social distancing and masks will be required at the church.  The service will be live streamed and available for viewing under his obituary on the funeral home website, for those that wish to attend virtually.  It will then be posted as a recording after the service.

To order memorial trees or send flowers to the family in memory of Roger Schmoldt, please visit our flower store.