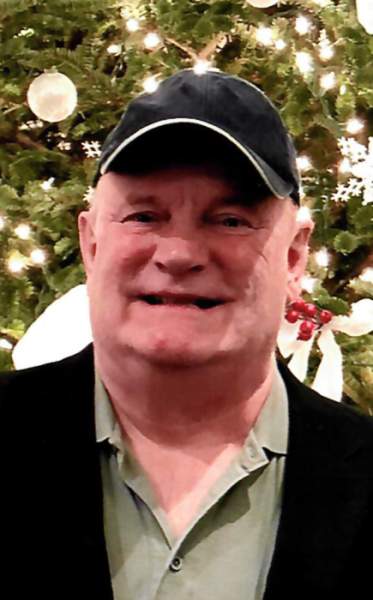 “This is your historian Rog Schmidt calling…”

Roger was raised up by the angels to his heavenly home on Wednesday, January 20, 2021, at the age of 69.  Roger was born in Merrill on November 3, 1951 to the late Ben and Gerda (Grunenwald) Schmidt.

Rog grew up on the Sunshine Valley Farm in the town of Pine River, where he enjoyed cutting grass for the heifers, neighborhood birthday parties, and playing with his four-legged pal, his dog “Duke”.  Roger started work at NCHC Lincoln Industries on November 1, 1975.  He held a variety of jobs, such as lawn mowing, janitorial work, packaging and sealing.  He was very meticulous at everything he did, even getting down on his hands and knees with a pair of scissors to trim the grass that the mower didn’t get.  Rog enjoyed riding his bicycle.  He could be seen pedaling around Merrill and even riding as far as Medford, Stevens Point, and to visit cousins in Shawano.  Rog had an unending need for knowledge and spent many hours at the library.  Books were a passion.  Dates, numbers, names and facts about Wisconsin and Merrill history were always a topic of conversation.  Rog never quite learning and had a memory like no other.  Rog also loved music.  Gospel, old country, tunes from the 60’s, and of course, Da Yoopers.  In his monotone voice, once Rog started a song, it had to be sung in its entirety, no matter where he was or what was going on.  He was also known for playing Camptown Races on the spoons, blocks, or anything he could tap out a tune with.  Roger also kept himself busy with his word search puzzles, watching his favorite shows, and need we mention talking on the phone!

Roger is survived by many family members, his co-workers at NCHC Lincoln Industries, the ladies at Inclusa, his church family at Our Saviors, and his many loving friends that stood ready to lend a hand, a ride or an ear when Rog was in need.

In lieu of cards and flowers, donations to the T.B. Scott Library in Merrill in memory of Roger would be greatly appreciated .

Masks will be required in the funeral home and social distancing will be practiced.

To order memorial trees or send flowers to the family in memory of Roger Schmidt, please visit our flower store.