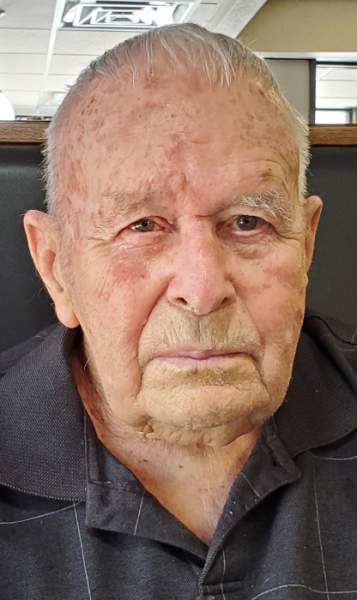 Roger was born and raised in rural Merrill as the oldest of six children.  He spent his childhood attending Copper School in the Town of Harding.  Each day, he got up early and made the two-mile trek to his school of twenty children, where he was the only child in his grade.  He attended school there from first through eighth grades and then went to Merrill High School where he graduated.

Roger had a strong work ethic that he proudly passed down to his children.  At age fourteen, Roger worked on a farm, hauling manure for $3 per day plus room and board.  Roger served in the National Guard for six years during peacetime.  His skills as a farmer landed him a job as a pea viner operator.  After that, Roger worked at Wire Products Manufacturing.  He then began work at ROW Assembling Plant.  He continued his employment there for five years before starting his career with Wausau Papers.  Roger retired there in 1996.

Roger loved the outdoors.  He enjoyed working in the woods.  He logged popple trees to sell to the papermill and also sold firewood for many years.  He was an avid fisherman.  He loved spending time fishing with his wife and family.  In his earlier years, there were many family fishing trips to Canada that he especially enjoyed.  Camping trips with children and grandchildren would certainly include fishing.  Roger and Grace liked camping and fishing on Pine Lake.  Each fishing trip included a goal to “catch their limit”.  Roger also spent many years hunting a variety of wildlife and game.  He especially enjoyed hunting with family at his hunting shack in New Wood.

Roger had a passion for building his own homes.  He built a total of five family homes in Merrill and the surrounding area.  He was especially proud that he was able to build these homes without a blueprint.  The plans were kept “all in his head”.

In his later years, Roger enjoyed talking politics, frequently offering political advice to anyone who would listen.  His recent goal was to live to see the next election.  He had a special interest in topics about health, reading numerous books and magazines on the topic.  Roger attributed his longevity and health to plenty of physical exercise and holistic medicine.  He offered health advice to anyone who would take a moment to listen, but especially to his children and grandchildren.

Roger endured numerous serious illnesses throughout his life, several leaving him in critical condition.  His strong will to live and ability to handle these illnesses while never complaining left a lasting impression of perseverance on his family.  He often stated to his family that he thought he had a good chance of making it to ninety.

Roger’s greatest pride was his children and grandchildren.  He treasured his time spent with family.  Talking about his children’s and grandchildren’s successes often brought tears to his eyes.  Roger recently looked forward to taking his entire family to 2510 restaurant for his annual Christmas dinner.  He also looked forward to celebrating his birthday there, especially knowing he would get an 88% discount this next year.

Following the loss of his wife, Grace, Roger resided at Bell Tower Assisted Living in Merrill.  He lived in a room that he never wanted to give up.  His ability to feed squirrels, chipmunks, birds and an occasional rabbit or deer from his patio door brought him immense pleasure, especially during the recent covid restrictions.  He was determined to return to his home at Bell Tower and was anxiously awaiting his transfer to a rehabilitation facility.

A Funeral Liturgy will be held at 11:00 am on Saturday, October 2, 2021, at Waid Funeral Home.  Visitation will be held from 9:00 am to 11:00 am, also at the funeral home. Father Maridas “Maria” Vallabhaneni will officiate.  Burial will take place at Snow Hill Cemetery and military honors will be conducted by the Merrill VFW Post #1638.

In lieu of flowers, family request that memorials be sent to Saint Francis Xavier Catholic School in Merrill.

To order memorial trees or send flowers to the family in memory of Roger Ollhoff, please visit our flower store.