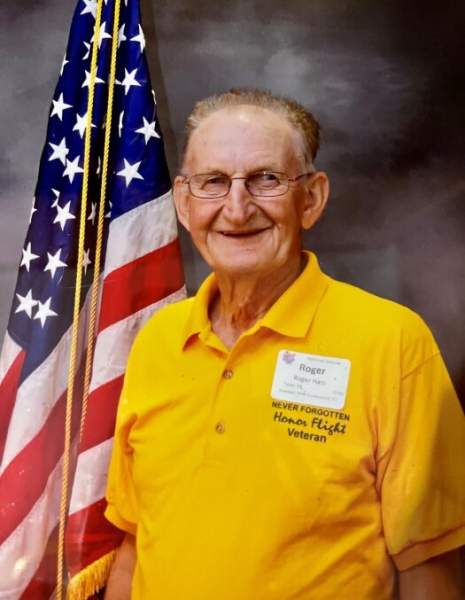 Roger was enlisted into the US Army in 1952. He was stationed in France, Germany, Spain, Nevada, and Colorado. He was honorably discharged in 1955. Soon after, Roger met the love of his life, Janean Haehlke. They were married on April 6, 1958 at Trinity Lutheran Church in Athens, Wisconsin.

Roger worked many jobs. He worked at Fromm Brothers Fur Farm, he delivered for Seeger’s Dairy. He also worked at Northern Door, Crestline Company in Wausau, and ITC Trucking. For the last 21 years he worked at Dave’s County Market before retiring in July 2021. He was a director of the Central Wisconsin Polka Club and belonged to the Dart Ball League. He was an avid Packers fan, loved playing Sheepshead and enjoyed polka music.

For those unable to attend, a recording of the service will be available for viewing under his obituary on the funeral home website

In lieu of flowers, donations may be made to Immanuel Lutheran Church and/or Wounded Warriors Project in memory of Roger Hass.

To order memorial trees or send flowers to the family in memory of Roger Hass, please visit our flower store.