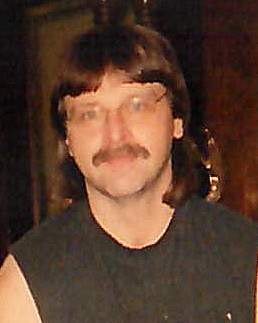 Robert “Rob” “Bert” P. Grob, age 54, of Merrill, passed away on Sunday, June 10, 2018 at his home, while surrounded by his loving family and under the care of Aseracare Hospice.  He was born on June 18, 1963 in Merrill.  Rob attended and graduated from Merrill High School.  He then went on to serve his country in the U.S. Army.  Rob met and fell in love with Joyce Woller, and the two exchanged wedding vows on March 16, 1994 in Merrill.  She survives.

Rob most recently worked as a line-worker at Lincoln Wood in Merrill.  He was also employed at Semco, Hurd, Pizza Hut and for the city of Merrill, driving the Merrill Go Round bus.  Rob enjoyed golf and bowling, and loved watching all sports, especially The Green Bay Packers and the Milwaukee Brewers.  He was a true avid sports fan.  Rob is lovingly remembered by family and friends as a happy person that always had a positive attitude, even throughout his illness and treatments.  Rob remained strong and brave, and was thankful for his precious time that he was able to spend with family and friends.  He was a member at Trinity Lutheran Church in Merrill.

Rob is survived by his wife: Joyce Grob of Merrill, brothers: Allen Grob of Colorado Springs, CO and Jack (Sherry) Kleinschmidt of Merrill, step-brother: Joey, step-sisters:  Joyce and Nellie and uncle: Leonard Kleinschmidt of Marshfield.  He was preceded in death by his mother: Roxanne Grob, his “Mom & Dad”: Leonard and Joyce Kleinschmidt and his best buddy, his dog: “Reggie”

A Funeral Service for Rob will be held on Friday, June 15, 2018 at 11am at Trinity Lutheran Church in Merrill.  The Rev. Scott Gustafson will officiate.  Visitation will be held on Friday, June 15, 2018 from 9am until the time of the service, also at the church.  Burial will immediately follow the service and take place at Merrill Memorial Park Cemetery.  Military honors will be performed at the cemetery by the Merrill V.F.W. Post 1638.

In lieu of flowers, family requests that donations be directed to the family to help pay for Rob’s expenses.

To order memorial trees or send flowers to the family in memory of Robert "Rob" "Bert" Grob, please visit our flower store.