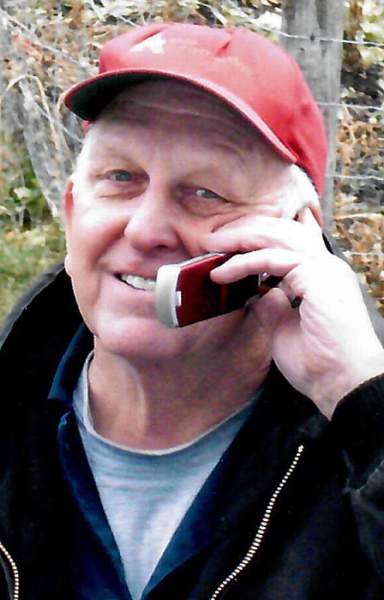 Robert ‘Bob’ Charles Uski, age 81, of Merrill, passed away on Sunday, August 14, 2022, at the Marshfield Medical Center in Weston, WI.  He was born on June 1, 1941, to the late Elis and Ruth (Amberg) Uski in Merrill.  Bob attended and graduated from Merrill High School and went on to do some classes at trade schools and some construction courses.  He enlisted in the United States Army in January of 1964, bravely and proudly serving his country during Vietnam, earning his Army Commendation Medal.  He was honorably discharged in January of 1966. Bob met the love of his life, Maxine Plamann and they have been together for 30 years.

Bob was a diesel mechanic by trade and had his own shop called “Bob’s Repair” for many years, as well as working as a diesel mechanic for Van Der Geest Dairy Farms for several years. Prior to that, he had worked for Inland Diesel Inc in Butler, WI as a foreman for 7 years and an assistant service manager for 5 years.  Bob truly had a passion and skill for repairing and doing maintenance on diesel vehicles.  He was an avid outdoorsman as well and would love the peace and tranquility of the woods and looked forward to heading out to the shack and his ponds every chance he had.  Deer hunting was a huge part of his life, as well as fishing.  You could find Bob outdoors most of the time! He was a happy person, and he would always have a smile on his face. Bob loved visiting with and just simply being around his family and friends.  He was a member of the American Legion Post 10 in Wausau, the Lions Club in Irma, he was a Bethany Cemetery Trustee and a member of the Detroit Diesel Craftsman’s Guild.  Bob went on the Never Forgotten Honor Flight in October of 2015 and his daughter joined him as his sponsor.  He will be sadly missed, but always in the hearts of his family and friends.

Bob leaves behind his best friend and life partner: Maxine Plamann of Merrill, daughter: Jill (Thomas) Parker of McCaskill, AR, brothers: Wilbur (Patti) Uski of Huachuca, AZ and James Uski of Tomahawk and sister: Sandra (James) Gano of Irma.  He was preceded in death by his parents.

A memorial service for Bob will be held on Wednesday, August 31, 2022, at 7pm at Waid Funeral Home in Merrill.  Pastor Joel Danner will officiate.  Visitation will be held on Wednesday, August 31, 2022, from 4pm until the time of the service, also at the funeral home.  Burial of his cremated remains and military honors will be performed by the Wausau American Legion Post 10 the following day at Bethany Lutheran Cemetery in the town of Birch.

To order memorial trees or send flowers to the family in memory of Robert 'Bob' Uski, please visit our flower store.