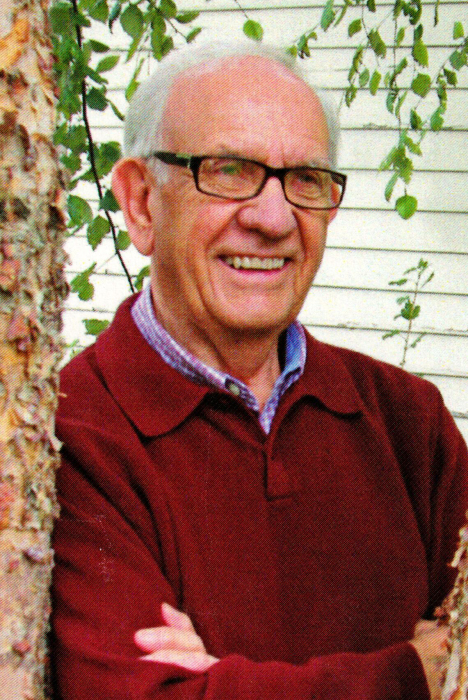 Robert “Bob” H. Gruling, age 87, of Merrill, passed away on Wednesday, June 27, 2018, at the Aspirus Hospice House in Wausau.  Bob was born on May 5, 1931, to the late Robert C. and Otilie (Zastrow) Gruling, in Hamburg, WI, where he was the youngest of 20 children.  Bob grew up in Hamburg and attended Barney School there through grade 8.  He then attended and graduated from Athens High School with the class of 1949.  Bob earned his bachelor’s degree in elementary education from UW-Stevens Point, and went on to earn his master’s degree in guidance and administration from UW-Madison.

Bob’s first job as an educator was in 1953 as a 5th grade teacher at Franklin Elementary School in Merrill, where he taught for 10 years.  He then began at the Pine River School in Merrill as a teacher/principal.  After four years, he started employment as the principal for both Lincoln and Washington Schools in Merrill.  Thereafter, he was the principal exclusively at Washington School, and retired from that job in 1990.  He was a well-loved educator in Merrill, and left a lasting legacy on everyone he touched.

Bob met the love of his life, Esther “Eppie” Schulz, in 1950, at a wedding dance in which his sister Mary Ann was an attendant. They courted for five years before marrying on June 11, 1955, at Trinity Lutheran Church in Merrill. Together over the next six decades, they formed an inseparable bond that created four children and thousands of friendships from around the world along the way. Their house on Merrill’s west side was always a welcoming place for some “Gemutlichkeit” for all who stopped in to visit.

Bob was very active in the Merrill community and beyond.  He was on the Association of Wisconsin Administrators (AWSA) Board for many years (including several leadership roles), in the Lincoln County Democratic Party, Merrill Historical Society, Century Farm Project of Lincoln County, Marathon County Genealogy Society, Merrill Rider’s Club, Pommerscher Verein of Central  Wisconsin, Lincoln County 4-H project leader, River Bend Trail Committee, as well as many others.  Bob was a member of St. Stephen’s United Church of Christ in Merrill, where he also served as a church council member, usher, and designated photographer.

Bob authored two books – The Headwaters (co-author Gerald Storm) and Gruling Times, The History and Genealogy of the Robert and Otilie Gruling Family.  Bob enjoyed gardening, photography, videography, refinishing furniture, showing horses, painting, playing the piano, as well as reading, writing and working on genealogy.  He also provided incredible support to his family in all of their endeavors.  Bob was well liked and reached out to everyone, making all feel comfortable.  He was a kind and generous man, and was the ultimate host and friend.

A Memorial Service and Celebration of Life for Bob will be held on Saturday, July 7, 2018, beginning at 11 AM. Visitation will be at 10 AM prior to the service as well as on Friday, July 6, from 4-7 PM. All will be at St. Stephen’s United Church of Christ, Merrill, WI.

Memorials may be directed to the Merrill Historical Society, Friends of the River Bend Trail (Merrill),  Pommerscher Verein of Central Wisconsin, or the charity of your choice.

To order memorial trees or send flowers to the family in memory of Robert "Bob" Gruling, please visit our flower store.