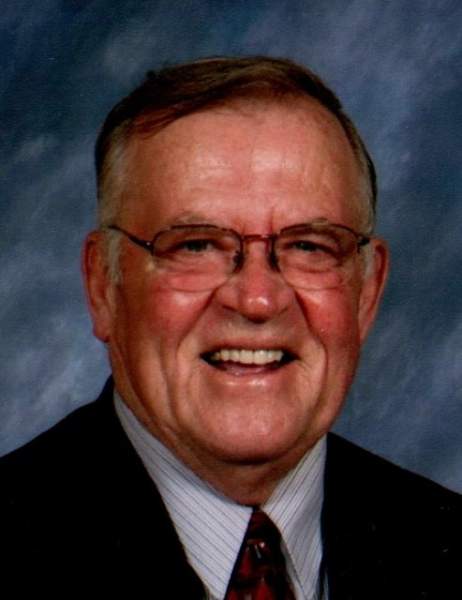 Richard “Dick” W. Ruge, age 81, of Merrill, passed away on Tuesday, August 28, 2018, at Bell Tower Residence in Merrill, while under the care of the Bell Tower staff and Aspirus Comfort Care & Hospice Services.  He was born on August 23, 1937 to the late William F. and Minnie L. (Kelly) Ruge in Des Moines, Iowa.  Dick attended and graduated from Pembine High School. He continued his education at Whitewater for 4 years earning his Bachelor of Education Degree, as well as a Master of Education Degree in Superior.  Dick was a teacher at Merrill Sr. High and that is where he met the love of his life, Rita Ristow.   They started dating in 1959  and were married in Wisconsin Rapids on August 13, 1960.  Sadly, she preceded him in death on August 16, 2011.

Dick was a high school teacher at Merrill Senior High for many years.  He was also employed by Merrill Manufacturing and was the VP of sales at Church Mutual Insurance Company.  Dick was very involved with his community and helped out where he could.  He was the past president of the Chamber of Commerce and the United Way, was on the Merrill Federal Board and volunteered at the Merrill Food Pantry.  Dick was also the head coach for Merrill football, as well as a baseball coach.  He was a member of the “Silver M” club.  Dick is remembered as a fun-loving man, that was very outgoing and well-liked.  He was family-oriented and had a strong faith in God.  Dick was a member of the Christ United Methodist Church in Merrill.  He was an avid sports fan, always cheering on the Packers, Badgers and Brewers.  Dick had a passion for gardening, whether it was vegetables or flowers, he would put his time and care into making them nice.  He also appreciated the outdoors and was a skilled hunter.

Dick is survived by his sons: David (Lisa) Ruge of Madison, Dennis (Melissa) Ruge of Merrill and Daniel Ruge of Madison, grandchildren: Kyle (Cassondra) Ruge, with their son, Milo, Amanda, Alexander and Mathew Ruge, many nieces and nephews, sister-in-law: Connie Ruge.  He was preceded in death by his parents, wife: Rita R. Ruge, brother: Gary Ruge and sister: Beulah Whicker.

Funeral Services for Dick will be held on Tuesday, September 4, 2018 at 12noon at Christ United Methodist Church in Merrill.  The Rev. Ho Lee will officiate.  Visitation will be held on Tuesday, September 4, 2018 from 10am until the time of the service, also at the church.  Burial at Merrill Memorial Park Cemetery will immediately follow the service.

In lieu of flowers, donations in Dick’s name may be directed to the Merrill Food Pantry, Christ United Methodist Church or the Bell Tower Residence donation fund.

The family of Dick Ruge would like to express their sincere appreciation to the entire staff at Bell Tower Residence for their kindness, compassion and support shown to Dick and his family over the years.  Thank you.

To order memorial trees or send flowers to the family in memory of Richard Ruge, please visit our flower store.