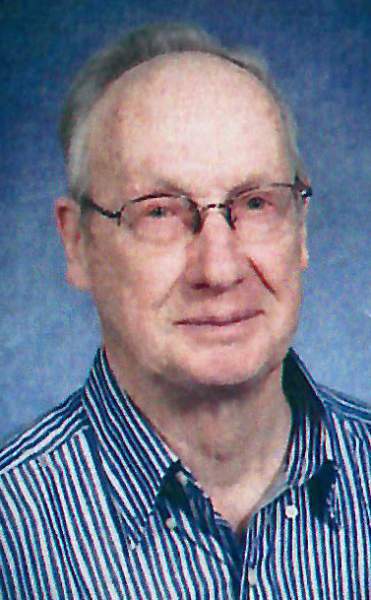 Raymond Lloyd Gilson “Hoot”, age 90, of Merrill, passed away peacefully on Sunday, February 28, 2021 in Merrill, while under the care of Aspirus Comfort Care & Hospice Services.  He was born on December 16, 1930 to the late Raymond A. and Marie R. (Zimmerman) Gilson in Merrill.  Ray graduated from Merrill High School with the class of 1950.  He then enlisted in the U.S. Army, bravely served his country, and was honorably discharged.  Ray met Phyllis Bushar, and they were united in marriage on February 27, 1954 in Merrill, a union lasting 67 years.  She survives.

Ray worked at various jobs, including Semling-Menke Co., construction work and Owens-Illinois Paper Mill in Tomahawk, WI from 1967 until 1996, when he retired.  After retirement, Ray and Phyllis traveled to many places throughout the United States, as well as a special trip to Europe.  Ray was truly a jack of all trades, as well as being well-known for his curiosity in all things.  He had a gift of story telling and had a fun sense of humor.  Ray enjoyed fishing, hunting, and reading.  He loved to play cards, square dance and traveling with family and friends.  Ray was a friend to everyone and had never met a stranger.  He lived by faith and God’s love and was a faithful and devoted member of his church.  Ray enjoyed being a member of the Knights of Columbus and was a long-time member at St. Francis Catholic Church.  Ray went on the Never Forgotten Honor Flight on April 27, 2015 and his grandson, Ryan, had the privilege of accompanying him.  He was a beloved father and devoted husband and felt a great responsibility towards the care and nurturing of his children.  Ray was the foundation of the family and will be sadly missed by many.

A private funeral liturgy for Ray will be held at Waid Funeral Home.

To order memorial trees or send flowers to the family in memory of Raymond 'Ray' Gilson, please visit our flower store.