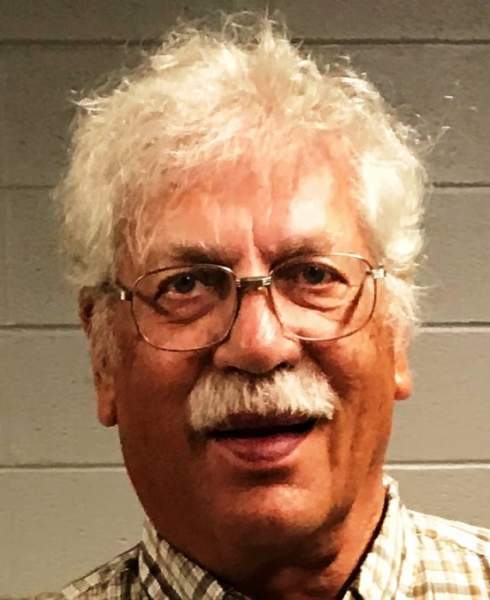 Raymond Francis Bloomer, age 74, of Merrill, passed away unexpectedly on Wednesday, September 26, 2018. Ray was born on November 18, 1943 to the late Thomas and Martha (Guns) Bloomer. He married MaryAnn Theresa Prasnick on July 8, 1967 in Tony, WI.

Ray proudly served as a member of the United States Airforce from 1961-1965. He then attended the WI State University at Eau Claire earning a Bachelor of Science in Mathematics, after teaching for three years he returned to Eau Claire to earn his Master’s degree in Child Psychology. He then spent his career teaching and coaching at John Muir Middle School. For many years Ray was involved with American Legion Post 46 and was an active member of the Kinghts of Columbus. In Retirement, Ray, spent time at his hunting shack where he read, watched (and sometimes talked to) the animals and enjoyed his little piece of paradise. Saturday mornings were spent with family, Ray always arrived with donuts in hand.

Ray was a lifelong learner and teacher of many. He cherished time with his grandkids, taking every moment to share the little things that most people pass by without thought. These moments are forever engrained and remembered fondly. Ray worked hard, slow and steady was his mantra and he never denied help to anyone in need. Friends remember Ray for his keen sense of humor and innate ability to strike up a conversation with anyone, any time. Sharing stories, corny jokes and engaging in a good debate is how he left an impression on all who crossed his path. Ray’s family will always remember him as someone who never moved very fast but never slowed down.

He was preceded in death by his parents: Thomas and Martha, brothers: Tom, Clayton, John, Dave and Wayne, sisters: Blanche and Jeanette.

A celebration of Ray’s life will take place at the Lincoln County Sports Club, intersection of Schultz Spur Road and Schultz Spur Drive, Merrill, WI, on October 13, 2018, from 11 am – 2 pm.  It is our hope all friends and family will join us for this informal celebration. Help us honor dad by sharing a story, a joke, some laughs and smiles.

To order memorial trees or send flowers to the family in memory of Raymond Bloomer, please visit our flower store.