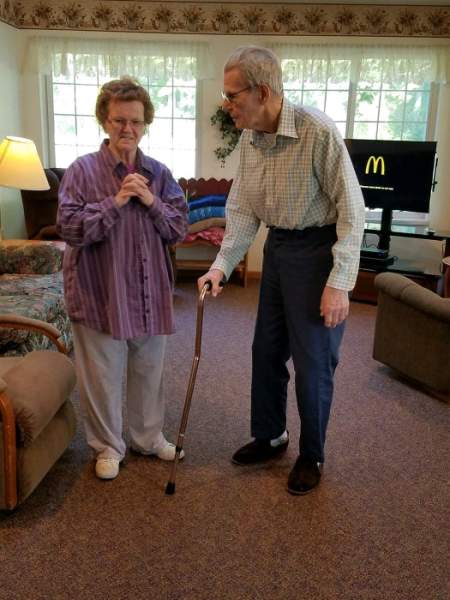 Paul T. Arseneau Jr., age 81, of Merrill, passed away on Tuesday, September 18, 2018 at Ascension St. Clare’s Hospital in Weston.  He was born on January 7, 1937 to the late Paul Sr. and Gertrude (Michaels) Arseneau in Detroit, MI.  Paul attended Merrill High School.  He met and fell in love with Doris M. Savaske, and the two exchanged wedding vows on January 5, 1957 in Merrill.  She survives.  Paul went on to begin Wire Maid Manufacturing in Schofield, a business that he was the founder and co-owner of for over 20 years.  He retired in 1995.  Paul was the ultimate outdoorsman ; he enjoyed all aspects of being outside.  He cut firewood on a regular basis, and was an avid deer hunter and fisherman.  Paul also enjoyed vegetable gardening and taking care of his lawn.  He loved spending time at the shack in the town of Rock Falls, as well as the cottage up north, in Tomahawk.  In his younger years, Paul looked forward to his frequent snowmobile trips.  He adored his grandchildren and great grandchildren, and cherished his time with them.  Paul was a member at Trinity Lutheran Church in Merrill. He was currently a resident of Woodland Court Elder Services where he was recently reunited with his wife.

To order memorial trees or send flowers to the family in memory of Paul Arseneau Jr., please visit our flower store.