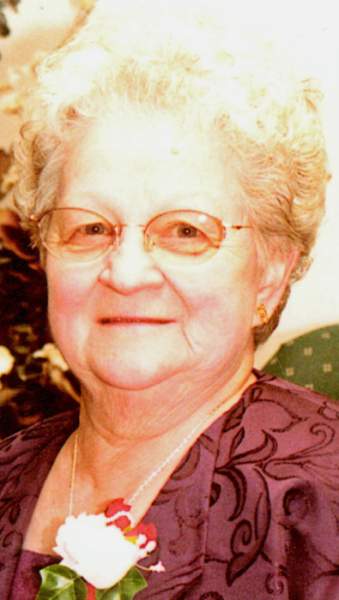 Patricia’s career life consisted of working at Hanson Glove, People’s IGA, Lincoln Hills and Family Medical Clinic.  She had many hobbies that included; doing puzzles, sewing, knitting, crocheting, growing flowers and some volunteer work.  Patricia belonged to the V.F.W. Auxiliary #1638 and was a life-long member of St. Francis Xavier Catholic Church and St. John the Baptist Catholic Church in Bloomville.

Special thanks to the staff at Ascension Ministry Hospital in Merrill, Ministry Home Care, Pine Crest Nursing Home staff and the members of St. John the Baptist Catholic Church.

In lieu of flowers memorials are preferred.

Waid Funeral Home & Cremation Service is assisting the family with arrangements. Online condolences may be made at www.waidfuneral.com

To order memorial trees or send flowers to the family in memory of Patricia Bushar, please visit our flower store.