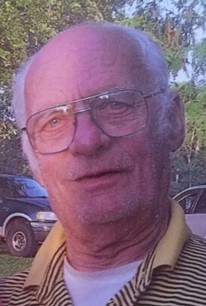 Omer “Chick” Peterson, age 83, of Merrill, passed away on Sunday, April 22, 2018 at Willow Brooke Point Senior Living in Stevens Point. He was born on July 26, 1934 in Madison to the late Charles and Evelyn (Schuldt) Peterson. Chick and Candace Sahlin were united in marriage on December 17, 1983 in Merrill. She survives.

Chick served in the United States Army. He was a career over the road truck driver for Great Lakes Western, retiring in 2012. Chick was known as a jokester and quite a character. He enjoyed hanging out at Bob’s gas station, BS’ing at Lazy J’s Bar and socializing when he wasn’t driving truck. Chick loved following the Packers and enjoyed hunting and fishing in season. He was very proud of his 1979 Triumph Bonneville motorcycle and loved riding whenever the weather was nice. Most of all, Chick cherished spending time with his family.

Per Chick’s wishes, there will be a Memorial Service at a later date. Memorials in his name may be made to the Northwoods Veteran’s Post.  Waid Funeral Home and Cremation assisted family with arrangements. Online condolences may be made at www.waidfuneral.com.

To order memorial trees or send flowers to the family in memory of Omer Peterson, please visit our flower store.