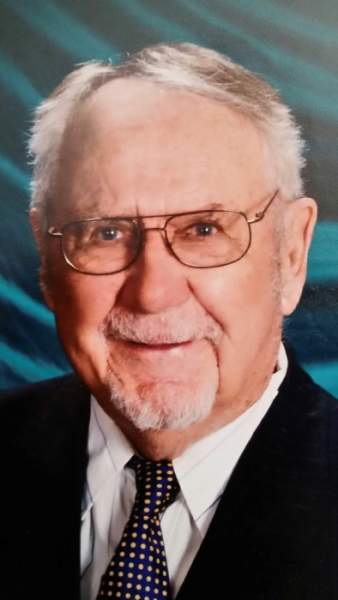 Norman F. Natzke, 93, passed on with his children at his side on Thursday, March 8, 2018.  Norman was born March 14, 1924 in Corning, WI to William and Elsie (Scheu) Natzke.  In his early years, his family ran a logging camp and later moved to a dairy farm.  He attended Immanuel Lutheran Church, where he was confirmed in faith in 1938.  From 1938 to 1944, he attended Concordia in Milwaukee. In 1944, he moved to St. Louis, MO to continue his education at Concordia Seminary.  He did his vicarage in Fargo, ND and returned to St. Louis to graduate from Seminary on June 4th, 1948.  On June 5th of the same year he married his beloved Eleanor (Harre).  Together, they were blessed with three children:  Andrew Natzke of San Miguel de Allende, Mexico, Kathryn Natzke of Las Cruces, New Mexico and Kristan Trounce of Lino Lakes, Minnesota.

Norman and Ellie named their ranch the Norel Ranch where he cared for cattle and horses.  He was a member of both the Percheron Horse Association and the American Angus Association where he was awarded Promoter of the Year in 1984 and Breeder of the Year in 2004.  He was involved in the organizing of the Western Colorado Angus Association in 1975 serving in various capacities including president for many years. He began cutting back on the cattle business in 2000 and moved to Merrill in 2006.

Norman is preceded in death by his wife, Eleanor, his sister, Lorraine, and by his granddaughter, Jessi Trounce.  He is survived by his sister, Dorothy, his brother, Robert, his children, Andrew Natzke, Kathryn Natzke, and Kristan (Natzke) Trounce (Timothy Trounce), his granddaughter, Megan (Trounce) Hartley (Kyle Hartley) and three great grandchildren, Liam, Rowan and Greyson.

He always did God’s work with people, with the land and with animals.

Visitation will be held from 4-6 p.m. on Tuesday, March 13, 2018, at Waid Funeral Home and Cremation Service, A funeral service for Norman will be at 2 p.m. on Wedensday, March 14, 2018, at Trinity Lutheran Church. Pastor Scott Gustafson will officiate.  Condolences may be made at www.waidfuneral.com

To order memorial trees or send flowers to the family in memory of Norman Natzke, please visit our flower store.