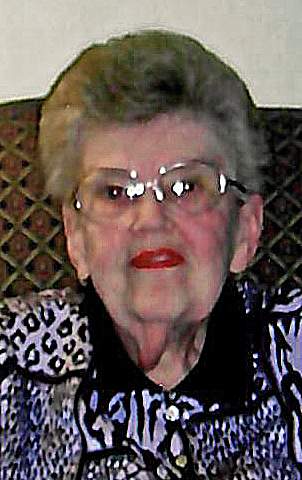 Norma C. Wehlitz, age 90, of Merrill, passed away on Wednesday, September 27, 2017 at Bell Tower Residence in Merrill, while under the care of Interim Hospice & Palliative Care.  She was born on January 26, 1927 to the late Roy Wentworth Buffham  & Louise (Kanetzke) Buffham in Racine, WI.  Norma attended Beebe State Graded  School, Mitchell Jr. High School and graduated from Washington Park High School in Racine in 1945.  She then attended the University of Wisconsin in Madison and graduated in June of 1949 with a BS in Education.  Norma met and fell in love with Ralph Wehlitz, and the two exchanged vows on September 2, 1950 at the Epiphany Lutheran Church in Racine, WI.  He survives.

Norma taught English and Social Studies at Merrill Jr. High School from August 1969 to June 1986.  After retirement, Ralph and Norma enjoyed traveling by car to all corners of the United States in addition to making a trip to England and another to Europe.  Norma served as a chairman of the Mothers’ March on Polio for the Merrill Jaycettes.  She also served as a Girl Scout leader for the Birch Trails Girl Scout Troop 173 from 1960-1968.  She organized and served as first president of the Merrill League of Women Voters, from 1976-1977.  Norma was a charter member of the Good Samaritan Health Center (Holy Cross Hospital) Auxiliary; the Association of University Women (AAUW) Wausau branch and a member of their literature group.  Norma served as secretary of the T.B. Scott Library Board, along with being a member of the Friends of T.B. Scott Library group.  She was the Lincoln County Representative to Wisconsin Valley Library Service Board.  Norma was a member of First Unitarian-Universalist Church in Wausau.  She is remembered as being an avid reader, and bridge player.  She loved cats and enjoyed having one around for much of her life!  She will be sadly missed.

A Celebration of Life for Norma will be held on Friday, October 13, 2017 from 4pm-7pm at Waid Funeral Home in Merrill.  Inurnment will take place at a later date.

In lieu of flowers, memorials may be made in Norma’s name to either the T.B. Scott Library or the Merrill Historical Society.

Waid Funeral Home & Cremation Service of Merrill is assisting the family with the arrangements.  Online condolences may be made at www.waidfuneral.com.

To order memorial trees or send flowers to the family in memory of Norma Wehlitz, please visit our flower store.