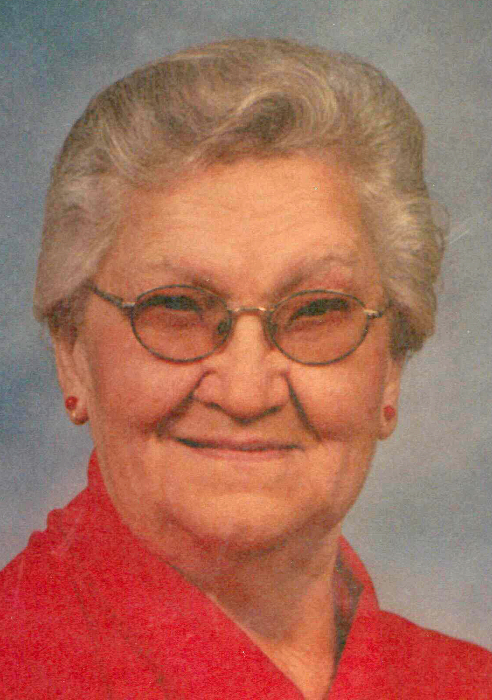 Millie worked at Lincoln Hills School for many years as a cook until her retirement.  She had also worked at Badger Evergreen every fall.  Millie had also owned her own upholstery business, “MiliJeans” and taught upholstery for many years.  Millie loved her church and volunteered at St. Francis Catholic Xavier Church for over 60 years.  She would help with funeral lunches, cleaning, working at the fair stand and Friday fish fries, just to name a few.  Millie had also cooked at Les & Jim’s and The Eagles Club.  She loved helping others and loved to be around people.  Millie also spent time volunteering at Helping Hands thrift store and St. Vincent’s in Merrill.  She was a strong and independent woman.  Millie loved her flowers and enjoyed spending time manicuring her flower and vegetable gardens.  She had also enjoyed crocheting, putting together puzzles, word search puzzles, working with ceramics and fishing during the summer months.  Millie was a lifelong member at St. Francis Xavier Catholic Church in Merrill, as well as a member of the Fraternal Order of Eagles – Merrill Women’s Auxiliary #584.  Christmas was Millie’s favorite holiday – she would look forward to that time of year.  Millie enjoyed making the big family dinners for everyone, as well as making all of the Christmas cookies.  She will be sadly missed.

A Mass of Christian Burial for Millie will be held on Friday, August 4, 2017, at 11am at St. Francis Catholic Xavier Church in Merrill.  Father Chris Kemp will officiate.  Visitation will be held on Thursday, August 3, 2017 from 4pm-8pm at Waid Funeral Home and again on Friday, August 4, 2017 from 10am until the time of Mass, at the church.  Burial will follow in the St. Francis Xavier Catholic Church Cemetery.  In lieu of flowers, Millie requested that donations be directed towards SmileTrain.org.

To order memorial trees or send flowers to the family in memory of Mildred Roman, please visit our flower store.