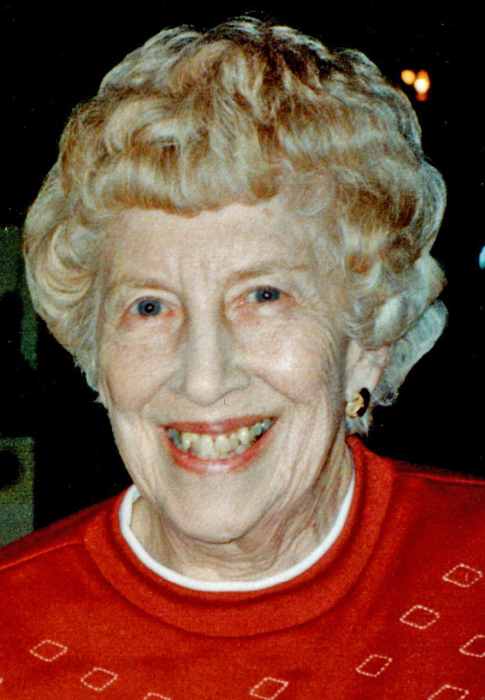 Mildred “Millie” J. Martin, age 92, of Wausau, passed away peacefully on Thursday, July 12, 2018 at Aspirus Wausau Hospital.  She was born on September 29, 1925 to the late Frances “Frank” & Edna (Breitenstein) Kandzora in Wisconsin Rapids.  Millie attended and graduated from the Wausau High School.  She met Glenn Martin, and the two exchanged marriage vows on September 22, 1951 in Wausau.  Sadly, he preceded her in death on June 26, 1990.

Millie was employed as an executive secretary for the CEO of Employer’s Mutual (now known as Liberty Mutual) for many years.  She also worked at Merrill Woolen Mills and the Lincoln County Clerks Office.  Mildred retired in 1987 from the Lincoln County Treasury Office, where she was a clerk.  She loved her work and her co-workers, and prided herself on her organizational skills, and balancing the books to the penny!  In their younger years, Millie and Glenn flew small, private airplanes around Wisconsin and neighboring states for their enjoyment.  Millie was an advocate for her son, Greg, and did a 5-year long patterning program period for him, and she was so proud of his improvement, which was to the point of walking, having a good vocabulary and social skills.  She was very active in his life.  Millie is remembered as a patient, helpful, supportive and creative woman, who always put the needs of others first.  She was an exceptionally devoted mother, grandma and great grandma.  Millie had a sweet spirit, and was the “best mother-in-law a guy could ask for!”  She was fortunate enough to be able to spend time with her new great granddaughter, Maddie.  Millie had a love for all animals and birds, especially cardinals.  She was a member at St. Francis Xavier Catholic Church in Merrill.  Millie was a devout Catholic, whose faith meant a great deal to her and saw her through difficult times.

Family wishes to extend their appreciation to the staff at Applegate and the staff in the Palliative Care Unit at Aspirus for their wonderful care and support that they gave Millie and her family.

To order memorial trees or send flowers to the family in memory of Mildred Martin, please visit our flower store.