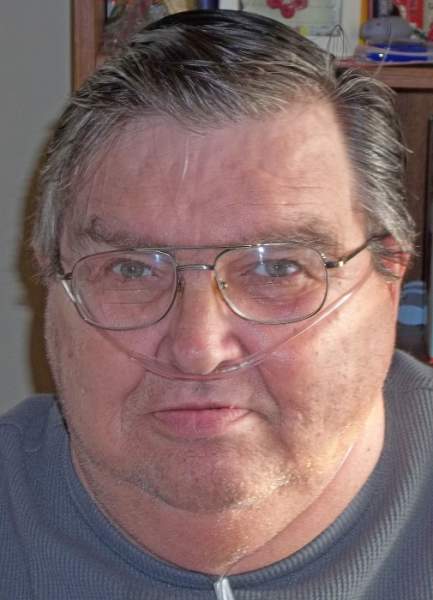 Michael ‘Mike’ E. Woller, age 70, of Merrill, went home to be with his Lord on Wednesday, December 4, 2019 at Tomahawk Health Services, while under the care of Ministry Home Care Hospice from Rhinelander.  He was born on June 20, 1949 to Clarence and Fern (Hunt) Woller in Merrill.  Mike attended and graduated from Merrill High School and went on to attend college in Rhinelander for another year.  Mike bravely served his country in the U.S. Army in from 1967-1969, where he was on the front lines during the Vietnam War.  He met Bonnie Breunig, and the two exchanged marriage vows on July 21, 2000 in Wausau.  She survives.

Mike worked at the Wausau Mall in the janitorial and security departments, before taking a job as a clerk at the Clark gas station in Wausau, which he did for 7 years, until his retirement.  Mike was a previous member of the V.F.W Post #1638 in Merrill.  He looked forward to his next trip to the casino with Bonnie.  Mike liked to window shop with his family, watch TV and movies, gardening, teaching his daughter-in-law how to play Cribbage and decorating for all the holidays.  He was also a great cook, passing his talent down to his children.  Mike had a huge collection of bells and would display them around the house.  He and Bonnie donated their time to help at St. Jude’s telethons.  Mike was known as a jokester and had a great sense of humor.  He loved his family and was a wonderful dad and grandpa, even helping his daughter, Heather, understand and appreciate the Bible. Mike and Devin would have epic “cook-off’s”.  His daughter, Karen, remembers how fun it was to have a special skip day from school with daddy-o.  Mike would enjoy his frequent ‘meat talks’ with a fellow butcher, Adam.  He loved his candy and chocolate, and always had some stashed away!  Mike will be sadly missed, but never forgotten.

Mike is survived by his mother: Fern Hunt, wife: Bonnie Woller, son: Devin (Jessica) Frick and daughter: Karen Klingsmith, all of Merrill, he was ‘Bumpa’ to 4 wonderful grandchildren: Marielle, Carmon, Makyla and Abbie (his rosebud), brother: Rodney (Donna) Woller of Wausau and his mother-in-law: Sharon Marmes of Merrill.  He was preceded in death by his father: Clarence Woller, daughter: Heather Frick and brother: Bernie Woller.

Funeral services for Mike will be held on Tuesday, December 10, 2019 at 11am at Waid Funeral Home in Merrill.  The Reverend Gregory Laska will officiate.  Visitation will be held on Tuesday, December 10, 2019 from 9am until the time of the service, also at the funeral home.  Burial at Merrill Memorial Park Cemetery will immediately follow the service.  Military honors will be performed for Mike at the cemetery by the Merrill V.F.W Post #1638.

To order memorial trees or send flowers to the family in memory of Michael 'Mike' Woller, please visit our flower store.