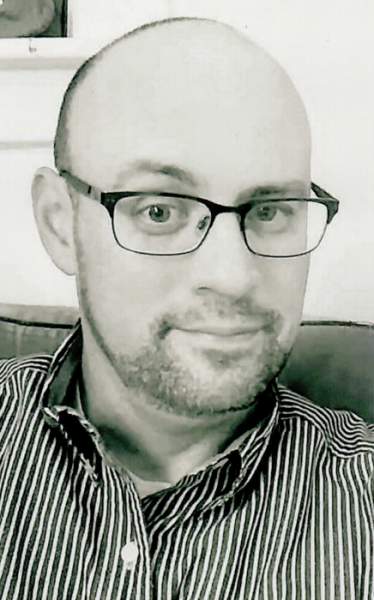 Michael ‘Mike’ John Wanie, age 44, of Merrill, passed away unexpectedly on Monday, February 10, 2020 at his residence.  He was born on July 24, 1975 to John Wanie and Diane (Kuntz) Messinger in Tomahawk.  Mike attended and graduated from Tomahawk High School with the class of 1994.  He enlisted in the U.S. Army after high school, proudly and bravely serving his country.  Mike met Melissa Erickson and the two exchanged marriage vows on October 29, 2006 in Merrill.  She survives.

Mike most recently worked at Salelytics in Wausau in customer service, sales and advertising.  Prior to Salelytics, he was employed by Church Mutual Insurance Company as an adjuster and did some graphic designing for them. Mike was also the security director at the Wausau Mall.  Mike is described as a caring, gentle man with a fun sense of humor.  He adored his family, especially his children.  He enjoyed drawing, painting, building dioramas for GI Joes, Star Trek and Star Wars, as well as making accessories for them.  Mike enjoyed camping with his family and taking in as many games of Airsoft as possible.  He was a member of St. Paul’s Lutheran Church in the town of Pine River and the Merrill Masonic Lodge.  Mike will be sadly missed but kept in the hearts of all who knew him.

A memorial service for Mike will be held on Saturday, February 22, 2020 at 11am at Waid Funeral Home in Merrill.  The Rev. Gregory Laska will be officiating.  Visitation will be held on Saturday, February 22, 2020 from 9am until the time of the service, also at the funeral home. The V.F.W. Post #1638 will perform military honors at the funeral home immediately following the service.

To order memorial trees or send flowers to the family in memory of Michael 'Mike' Wanie, please visit our flower store.