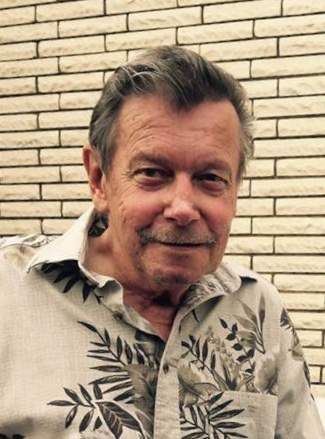 Michael VanRixel age 74 passed away on Tuesday May 15,2018 at Good Samaritan Hospital. Michael was born on December 22, 1943 to the late Matthew & Dorothy (Streich) VanRixel in Racine, WI. On June 14, 1975 He married the love of his life and best friend Barbara (Rainville) VanRixel.

Michael, alongside of his wife, owned and operated The Saloon and The Outback bar in Wausau as well as his own carpentry business. Music was his passion! He could play anything with strings and no one could make a steel guitar cry like he could. He played in numerous bands but really enjoyed sitting around the campfire with friends and family playing his guitar and singing songs.

He loved to spend time fishing on the Prairie River with his boys and the Willow Flowage with his grandchildren. He enjoyed his bus trips to the casino with his wife and friends and never met a poker machine he didn’t like.

Mike loved sports, especially the Packers, and he never missed a game. His friends and family endearingly called him “COACH”. He also liked baseball and his favorite players by far were his two grandsons. No matter the weather he was there to watch them play. He was so proud to have been there to see his Grandson hit his first Grand Slam. He lived for spending time with all of his grandchildren. He enjoyed spoiling them with sweets, watching Looney Tunes, teaching them carpentry, and showing the kids how to play drums on the pots and pans while he sang and played the guitar

A celebration of life will be held June 2, 2018 at Nancy’s Jamar’s Countryside Bar and Grill 4011 E. Wausau Ave Wausau, WI 54403 at 3pm. A luncheon will be served. Waid Funeral Home and Cremation Service of Merrill are assisting the family with arrangements. Online condolences may be made at www.waidfuneral.com

To order memorial trees or send flowers to the family in memory of Michael VanRixel, please visit our flower store.