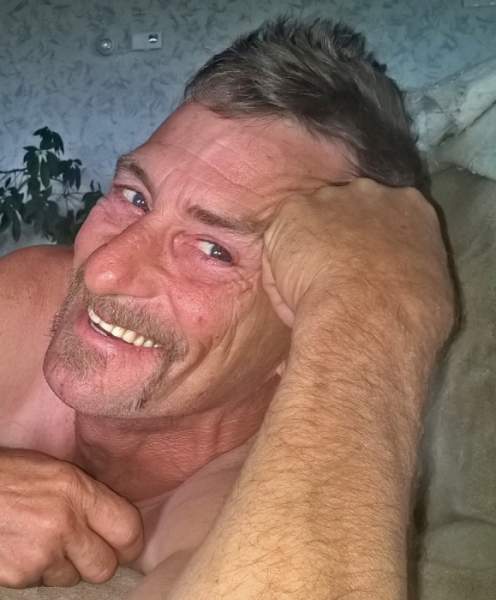 Mathew ‘Matt’ W. Suhling, a.k.a. ‘Choo’, age 56, of Irma, passed away on Monday, September 20, 2021, after being hospitalized following an accident that happened at his home.  He was born on June 2, 1965, in Merrill, WI, son to Cora Schaufelberger.  Matt attended and graduated from Merrill High School.  He met his soul mate and best friend, Michelle Lawrie, and the two lovingly exchanged marriage vows on April 26, 2002, in Bloomville, WI, a union lasting just over 19 years.

Matt was currently working for MJ Electric, where he ran the VAC truck, which he loved doing, as everyone knows, Matt liked to be in the mud!  He also worked for PCA for 10 years and WAAS in Mayville, all prior to coming to MJ Electric.  Everyone loved Matt, he was kind and a passionate person about the things and people that were close to his heart, like his wife and kids, motor sports, mud bogging, watching drag races, cheering for the Las Vegas Knights hockey team, or taking the weekend to go fishing, which he would do every chance he could!  Whatever he did, he did it 110%, and would help anyone, and was always reliable.  Matt loved life.  He would push the limits, making so many fun and happy memories for his family.  He also enjoyed his animals, especially his cats: ‘Cindar’ and ‘Ringtail’ but would also care for all the neighborhood strays.  Matt and his wife loved to go hiking, going for walks and sitting out on the deck, watching the storms roll in.  Matt’s death will certainly leave a hole in many hearts.

The funeral service for Matt will be held on Wednesday, September 29, 2021, at 2pm at Waid Funeral Home in Merrill.  Deacon Dan Towle will officiate.  Visitation will be held on Wednesday, September 29, 2021, from 10am until the time of the service, also at the funeral home.  Matt will be cremated at a later time, following the service.

In accordance with Matt’s wishes, he was able to give another chance at life for other people, through organ donation.  Matt lived a life of helping and giving, and even after death, he will continue.

In lieu of flowers, family requests that donations in Matt’s name be directed to the Lincoln County Humane Society.

Matt’s family wishes to extend their appreciation and gratitude to everyone that came to help Matt that day, along with the four bikers that stopped and assisted.  Everyone’s help, support and love meant the world to the family, and they will forever be touched by it.  They would also like to thank the UW Organ and Tissue Donation team for the care and respect shown to Matt and his family, as well as the wonderful and supportive staff at Aspirus Wausau Hospital.  Also, a special thank you to Jon and Kerri Lokemoen.

To order memorial trees or send flowers to the family in memory of Mathew 'Matt' Suhling, please visit our flower store.