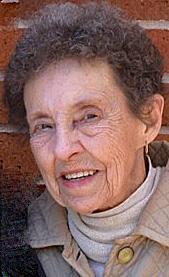 Mary K. Baumann, age 87, of Merrill, passed away on Saturday, November 25, 2017 at the Aspirus Wausau Hospital.  She was born on January 3, 1930 to the late Herman and Annice (Alexander) Hortsch in Sioux Falls, SD.  She attended and graduated from Marshfield Highschool.  Mary met the love of her life, Raymond Baumann, and the two exchanged vows on November 18, 1950 in Merrill.  Sadly, he passed away on October 12, 1998.

Mary was a homemaker for most of her adult life.  She loved crafting and selling her creations at various craft fairs.  First and foremost in her life, Mary loved spending time with her family, especially her grandchildren.  She was a member of the “Keg Club” and “Lunch with a Bunch”, and had lunch with them on a regular basis. Mary was also a member at First Presbyterian Church in Merrill.

Mary will be sadly missed by her son: Gary (Deborah) Baumann, granddaughter: Amanda Girard, grandson: Ryan (Naomi) Baumann, brother: Herman Hortsh and many nieces and nephews.  She was preceded in her parents: Herman and Annice Hortsch and her husband: Raymond Baumann.

To order memorial trees or send flowers to the family in memory of Mary Baumann, please visit our flower store.