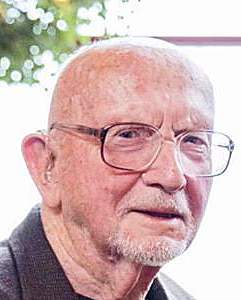 He was born December 7, 1928, in Chicago, Illinois, to Leonard and Sophia (Olson) Peterson.  As a child, Marshall spent many summers at the Olson Family Farm in Merrill, Wisconsin.

Marshall had an interest in the fine arts. He was a patron of the Chicago Symphony, Chicago Art Institute and Chicago Lyric Opera.

Subsequent to time spent overseas as a Korean War soldier and merchant seaman based in Japan, he returned to Chicago and married Shirley Fuller.

Throughout his life, Marshall was a passionate traveler visiting Moscow, the Great Wall of China, the Pyramids, Machu Picchu, and other points of interest including most of the American national parks.

A true Renaissance man, he lived a full and adventurous life and will be missed by many.

Marshall is preceded in death by his wife Shirley.  He is survived by his children: Louise Diakoumis; David Sheets; Marshall Peterson, Jr.; Trina Johnson; Daphne Norwood; and Tawney Peterson.  He also leaves behind 42 grandchildren and great grandchildren.

Funeral Services will be held Saturday, June 23, 2018, at Waid Funeral Home in Merrill, Wisconsin.  Viewing will begin at 11 a.m. with the service following at 1 p.m.  The burial will be directly following the service at Merrill Memorial Park Cemetery.

In lieu of flowers, memorials may be made to River Bend Trail (riverbendtrail.org), Merrill, Wisconsin.

To order memorial trees or send flowers to the family in memory of Marshall Peterson, please visit our flower store.