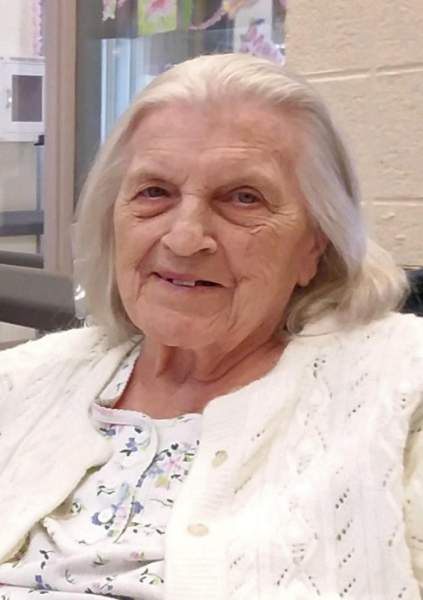 Mardene Ann Wilke, age 90, of Merrill, passed away on Sunday, November 29, 2020 at Pine Crest Nursing Home in Merrill.  She was born on August 14, 1930 to the late Arthur and Alma (Zillmer) Berlin in Marshfield, WI.  Mardene attended and graduated from the Wisconsin School for the Deaf in Delevan, WI.  She fell in love with Robert ‘Bob’ Wilke, and the two shared marriage vows with each other on October 14, 1953 in Neenah, WI.  Sadly, Bob passed away on June 19, 2014.

Mardene was a homemaker and housewife for her entire life.  She loved being at home, whether it was taking care of the children, making meals for family and friends, baking or spending time in her garden.  She was always busy with something!  Mardene and Bob would look forward to their garage sale adventures and finding treasures.  She grew up with dogs and had a passion for them; having all sorts of dogs throughout her life.  Mardene enjoying reading the paper and watching TV, especially when basketball was on.  She had a love for that sport and played it in high school.  Mardene is remembered as a loving, giving and kind woman that was fun to be around.  She looked forward to the holidays, especially Christmas, because she loved decorating for it and making pinecone wreathes to give away to family and friends.  Mardene was a member at Trinity Lutheran Church in Merrill.  She will be sadly missed, but never forgotten.

Mardene is survived by her children: James ‘Jim’ (Joann) Wilke and Jill (Cary) Alft, both of Merrill, 4 grandchildren: Melissa (Jon) Fisher of Merrill, with their children: Isabella and Owen Scheffler, Eric (Meranda) Wilke of Merrill, with their son: Daxton, Ashley (John) Nightlinger of Stevens Point, with their daughter: Katherine Ann and Nathan Alft of Merrill, along with many cousins, nieces and nephews.  She was preceded in death by her parents, husband: Robert ‘Bob’ Wilke, brothers: Roger and Jim Berlin and sisters: Verna Wang and Virginia Magill.

Masks and social distancing will be required in the funeral home.

Donations in Mardene’s name may be directed to the Trinity church or school.

To order memorial trees or send flowers to the family in memory of Mardene Wilke, please visit our flower store.