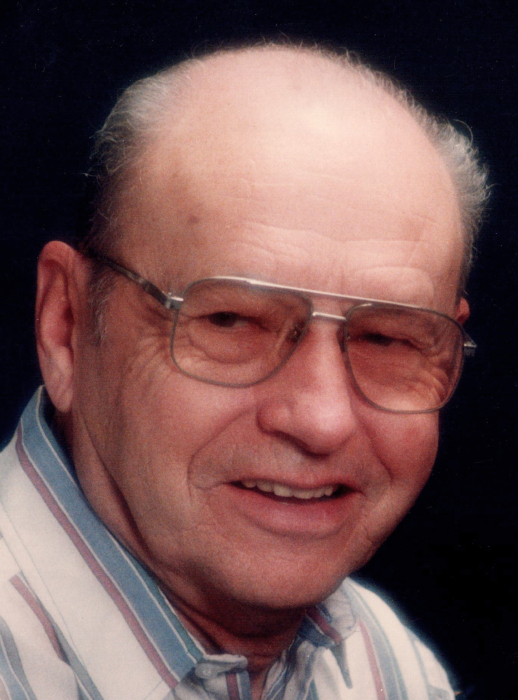 Lowell Robert Downs, age 96, of Merrill, passed away peacefully on Thursday, June 4, 2020 at Bell Tower Assisted Living in Merrill.  He was born on March 28, 1924 in Hornell, NY, and was the son to the late John and June Downs.  Lowell attended school in Hornell.  When he was just 18 years old, Lowell was drafted to the Army / Air Force and bravely served his country during WWII, helping to repair the radios for fellow soldiers.  After being honorably discharged, Lowell met the love of his life, Miss Eleanor ‘Ellie’ Keppen.  The two exchanged marriage vows on December 11, 1945 in Hornell. Sadly, Ellie passed away on April 28, 2012, after almost 67 years together.

Lowell worked as a TV and radio repairman and was very skilled at fixing and rebuilding them.  In his younger years, Lowell was a Boy Scout Leader.  He was a talented woodworker, and enjoyed working on projects in his garage, as well as doing some remodeling on their home.  Lowell had a strong work ethic, but always made time for his children.  He loved his family and would look forward to the next camping outing!  At the age of 92, Lowell was still bowling, a hobby that he had done for many years, earning trophies and participating on leagues.  Lowell spent a lot of time with his wife, Ellie, while she was in the nursing home, he was very dedicated to her and lovingly helped care for her.  Lowell will be sadly missed, but lovingly remembered by all who knew and loved him.

Lowell is survived by his children: Mike (Pam) Downs of Oregon, John (Helen) Downs of Merrill, Tommy Downs of Arkansas and Karen Weiss of Ohio, grandchildren: Leonard and John (Kristen) Downs and Kate and Nate Huggs, great grandchildren: Devon, Niya, Kyndra and Lowell.  He was preceded in death by his parents, his wife: Ellie Downs and his daughter: Maureen E. Downs.

Services and military honors will be held at a later date in Arkansas, where his cremated remains will be laid to rest.

To order memorial trees or send flowers to the family in memory of Lowell Downs, please visit our flower store.