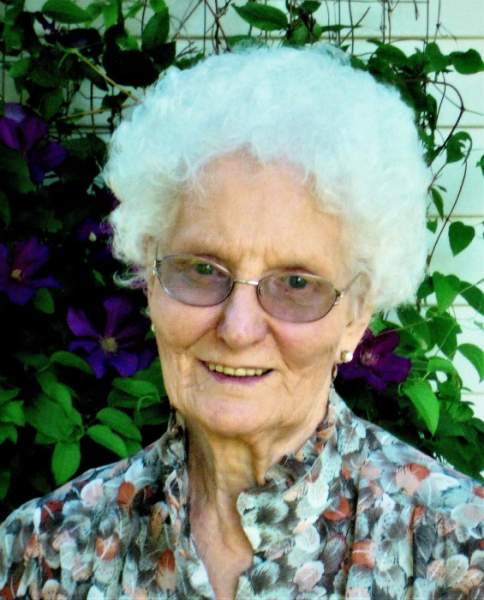 Lorraine D. Simon, 88, of Gleason, went to her eternal home on October 10, 2018 after 4 plus years at Autumn’s Promise Assisted Living Facility in Green Bay, WI.  She peacefully fell asleep in our Saviour’s awaiting arms.

Lorraine was born on April 22, 1930 and grew up in the town of Russell, where she attended and graduated from Merrill High School.  During her later years of high school, she met, fell in love and married Paul C. Simon on February 7, 1948. Sadly, he preceded her in death on April 13, 2008.

Together, they purchased and ran a dairy and beef farm for over 20 years, while Paul was also employed at the Gleason Associated Co-op Grocery.  They next moved to Phelps and then on to Shawano while Paul continued working in the Supermarket Business. Their next business venture was the purchase of Carl’s Food Lane in 1972, which they successfully ran until the building was destroyed by fire in 1984. Following the fire, they opened up operations in a new location, and after approximately a year that business was sold which was the beginning of their retirement.

The foundation of her character was based upon her fervent faith in God, and her strong family values.  Lorraine was hard-working, persevering, generous, kind-hearted, thoughtful, genuine, and loyal; she was a loving wife and mother, who always thought of others, before herself.  She especially enjoyed gardening, caring for her flowers, watching all kinds of wildlife around her home, and always providing for others. If you could only use one word to describe Lorraine’s character, it would be selfless.

She was preceded in death by her husband, Paul C. Simon; parents, Albert and Stella Dagis, and brother, Delmer Dagis.

In lieu of flowers, a memorial fund will be established for Luther Memorial Lutheran Church in Lorraine Simon’s name with some of the monies designated for the renewal and maintenance of their floral garden.

The family wishes to extend a special thanks to the amazing staff, especially Nicole Silta at Autumn’s Promise Assisted Living Facility and Unity Hospice in Green Bay.

To order memorial trees or send flowers to the family in memory of Lorraine Simon, please visit our flower store.