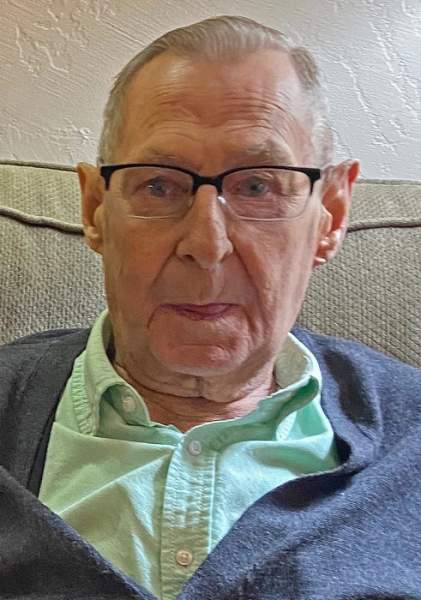 Leslie “Les” Sabatke, 84, of Merrill, WI, passed away unexpectedly on Saturday, May 22, 2021 at the Aspirus Wausau Hospital.

Les was born on February 4, 1937, to Leslie Sabatke Sr. and Ella Jaeger in the Town of Scott, WI. On June 16, 1956, Les married his love and joy, Pearl Porath, in the Town of Maine, WI. They would have been celebrating their 65th anniversary in June.

Les enlisted in the National Guard. During this time, he was stationed at Camp McCoy. In 2015 he was given the privilege to participate in the Honor Flight.

After completing vocational school, Les worked at Semling Menke for 13 years, tended bar at Social and Sick for 4 years, and retired after 27 years at Goetsch’s Welding and Machine.

Les maintained a lifelong membership beginning in 1975 with the Merrill Eagles Aerie #584.  Holding offices of the vice president, & president, and continued active in the local aerie. In 1994, he was elected to state office, and in 2003, was installed as State Aerie President of the FOE. He also served as the Great Lakes Regional President from 2007 to 2008. He was very involved in St. Stephens Church, a life member of the Ushers Club, and served as the council president.

The funeral service will be held on Thursday, May 27, 2021 at 12pm at St. Stephens UCC Merrill.  Pastor Michael Southcombe will officiate. A public visitation will be held from 9am until the time of service, with a State Eagles Memorial service starting at 10am. Immediately following the funeral service military honors will be performed by the VFW Post 1638 at the Church.

For those unable to attend, the service will be live streamed and available for viewing under his obituary on the funeral home website.

In lieu of flowers, memorial contributions may be made in memory of Les to St. Stephens UCC Merrill, the Merrill Eagle Aerie #584, and the Merrill Honor Guard.

The family would like to express sincere appreciation to Aspirus Hospital, especially Dr. Kory, & MSICU Staff.

Waid Funeral Home & Cremation Service of Merrill is assisting the family with arrangements. Online condolences are encouraged and may be made at www.waidfuneral.com

To order memorial trees or send flowers to the family in memory of Leslie 'Les' Sabatke, please visit our flower store.