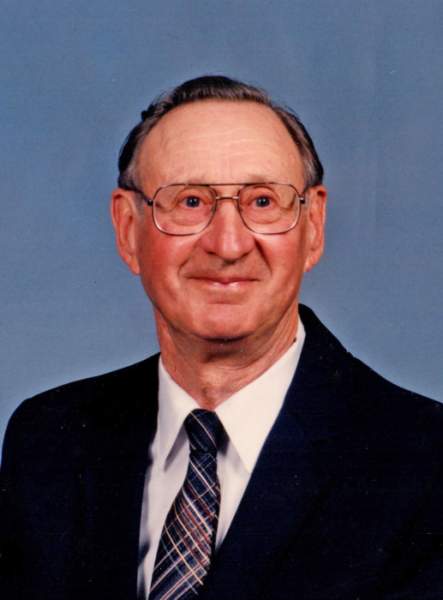 Leonard H. Scheu, age 97, of Merrill, passed away on Monday, March 4, 2019 at home while under the care of Aspirus Comfort Care & Hospice Services.  He was born on November 5, 1921 to the late John and Selma (Natzke) Scheu in the town of Corning.  Leonard married Myrtle (Radloff) on June 21, 1947 in Merrill.  She preceded him in death.

Leonard attended elementary school at Trinity Lutheran School in Merrill and was a Merrill High School graduate.  He went into the 13th Army Air Force during WWII and served in the South Pacific Theater & earned 3 bronze stars.  During his time in the military he served as a medic for the men who flew & maintained the airplanes of the U.S. Army Air Corps.  Leonard helped men recover from trench foot, malaria as well as keeping track of medical supplies & scheduled immunizations. He served in the US Army AF from 1942-1945 and returned to Merrill to work for Merrill Gravel & Construction.  In 1951 Leonard went on a secret mission to Greenland for the Air Force to build Thule Air Force Base.  When he returned he started a logging operation in Northern Wisconsin.  He enjoyed spending time in the outdoors and was an avid sports fan of the Brewer’s and the Green Bay Packers.  Leonard retired in the early 1980’s and moved to Florida with his wife.  They returned to Merrill in the early 1990’s.  He was a member of St. John Lutheran Church & VFW Post 1638.  Leonard also had the privilege of going on the Honor Flight in April of 2015.

He was preceded in death by his parents and loving wife Myrtle Scheu and sister Ruth Griffin.

Funeral Services for Leonard will be held on Saturday, March 9, 2019 at 12 noon at Waid Funeral Home in Merrill.  The Rev. Matthew Bless will officiate.  Visitation will be held on Saturday, March 9, 2019 at 11 am until the time of the service, also at the funeral home.  Entombment will take place at Merrill Memorial Park Cemetery, immediately following the service.   Military honors will be performed by the Merrill VFW Post #1638.

The family of Leonard would like to extend a heartfelt thank you to Aspirus Comfort Care & Hospice Services.

In lieu of flowers, donations in Leonard’s name may be directed to St. John Lutheran School.

To order memorial trees or send flowers to the family in memory of Leonard Scheu, please visit our flower store.