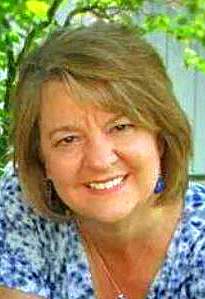 On Christmas Day, December 25, 2017, Laura Duginski passed away after a three-day battle with sudden illness.  She leaves behind a legacy of courage, strength, hope, and love.

Laura was diagnosed with breast cancer in the summer of 2014.  Laura, however, desired to see her daughter graduate from college, a gift she had vowed to provide both her children.  Through a combination of her stubborn nature and a great love for life, she achieved remission.  She became a signal of hope for other sufferers, participating in both the Race for the Cure and the Relay for Life campaigns.

She dedicated the vast majority of her professional career to Church Mutual Insurance Company, celebrating 30 years with the company this past summer.  Always looking to better herself, she graduated with a bachelor’s degree in 2009, and later received a master’s degree in business administration. She developed some of her closest relationships over her years at Church Mutual, a community that will greatly miss her.

At home she was an expert craftswoman, painstakingly filling the house with hallmarks of her love and dedication to her family.  She often made gifts for friends and family, and had a knack for turning old things into new.  She maintained an overgrown flower garden, which, similar to her love, could not keep itself within known boundaries.  She doted on her pets, who have been thoroughly spoiled.

As a mother she was a fierce protector, provider, and support system.  She fought at every step to give her children a life she didn’t have, and succeeded.  As a wife she was a constant companion, lover, and friend.  As a sister she was a source of laughter and fun, sharing an unbreakable bond only known by those who grow up in the same household.  As a daughter she was a trusted confidant and caretaker.  Her absence will leave a void that cannot be filled.  She was loved.

Laura is survived by her husband: Patrick of Merrill, son: Jacob, daughter: Danielle, parents: Thomas and Rose, sisters: Lisa (Scott) Theese and Vicky (Doug) Berndt, and many nieces and nephews.

She was preceded in death by her grandparents.

Donations in Laura’s name may be sent to the Race for the Cure or Relay for Life.

To order memorial trees or send flowers to the family in memory of Laura Duginski, please visit our flower store.