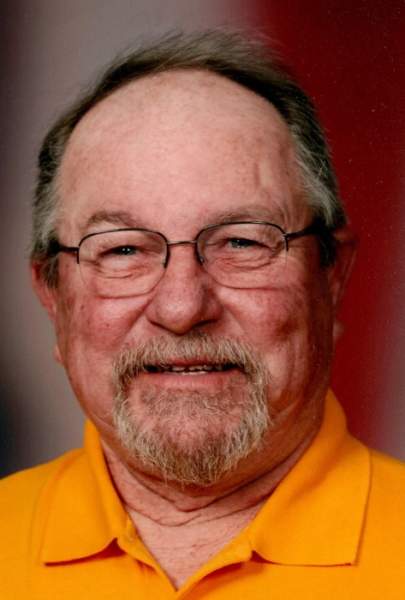 Larry J. Vonderheid, age 72, of Merrill, passed away unexpectedly on Tuesday, December 10, 2019, near his home in the Town of Harding. He was born on January 15, 1947 to the late Harold and Vera (Plautz) Vonderheid in Merrill. Larry attended and graduated from Merrill High School, before serving his Country in the U.S. Air Force. He also bravely fought in the Vietnam War. Later in life, he met Marianne (Lou) and the two exchanged marriage vows on November 14, 1995, a union lasting over 24 years.

Larry was employed by the Brokaw Paper Mill as a millwright and in the maintenance department, until his retirement in 2009.  He had been with the paper mill for over 38 years.  Larry was very proud to be able to go on the Never Forgotten Honor Flight this past Spring of 2019.  He was a member of the VFW #1638 in Merrill and looked forward to their card games.  Larry was also a member of Trinity Lutheran Church, Ducks Unlimited, Merrill Golf Course, Whitetails Unlimited and the Lincoln Gun Club.  He was an avid outdoorsman, very active with hunting, fishing and trapping.  Larry would rarely miss a hunting season and instilled in his children that passion for the outdoors and hunting.  He would even travel to other states to hunt, including going out West antelope hunting.  Larry was very intelligent, had a strong work ethic and was a loyal family man.  He looked forward to spending time with his children and grandchildren, playing golf, playing cards and trap shooting at the Lincoln Gun Club.  Larry was a giving man that would help anyone in need.  He will be missed by many, but in the hearts of all who knew him.

The funeral service for Larry will be held on Tuesday, December 17, 2019 at 11am at Trinity Lutheran Church in Merrill.  Pastor Adam Rodriguez will officiate.  Visitation will be held on Monday, December 16, 2019 from 4pm-8pm at Waid Funeral Home in Merrill, and again on Tuesday from 10am until the time of the service, at the church. Military honors will be performed by the Merrill V.F.W. Post #1638, at Merrill Memorial Park Cemetery, immediately following the service.

In lieu of flowers, family encourages donations be directed to the Never Forgotten Honor Flight by going to www.neverforgottenhonorflight.com.

Waid Funeral Home & Cremation Service of Merrill is assisting the family with arrangements.  Online condolences may be made at www.waidfune ral.com.

To order memorial trees or send flowers to the family in memory of Larry Vonderheid, please visit our flower store.