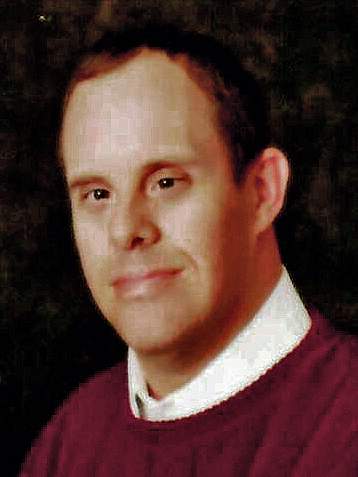 Kurt A. Lindquist, age 52, went peacefully to his heavenly home on Saturday, November 23, 2019 at Pine Crest Nursing Home under the care of Aspirus Comfort Care & Hospice Services.  Kurt was born on August 21, 1967 to Lindy and Lee Ann Lindquist.  He grew up in Merrill and was a graduate of the Merrill Public School Life Task Center.  Following graduation, Kurt was employed at Lincoln Industries and Northern Wire in Merrill.  He was a lifelong member of Our Saviour’s Lutheran Church.

Kurt was an extrovert.  He was kind and loving and a friend to all.  He adored his sister, Kirsten, and was so proud when he became an Uncle.

Kurt loved music and enjoyed playing his drums and singing along with Elvis, Johnny Cash and The Beach Boys while the pictures rattled on his bedroom walls.  Kurt began competing in Special Olympics when he was just 8 years old.  He was an excellent athlete excelling in track and field competition, swimming and bowling.  His walls are decorated with the many medals he won in state competition over the years together with his bowling trophies.  He also loved playing golf with his family, both in Merrill and in Texas where he spent the winter months with his family.

He was an avid Merrill Bluejay fan, as well as a Packers, Badgers and Brewers fan.  He and his best friend, Skip Krause, were regular attendees at all the home football and basketball games.  Kurt was well known in Merrill as when weather permitted, he would walk from home while bouncing his basketball along the way, across the Center Avenue bridge to the St. John’s playground, where he could shoot baskets.

Kurt was very spiritual and devout in his faith and worship life.  He was baptized and confirmed in the Lutheran Faith at Our Saviour’s Lutheran Church in Merrill.

Celebration of Life Funeral Services will be held Friday, December 27, 2019, at 11:00 a.m. at Our Saviour’s Lutheran Church in Merrill.  Pastor Pat Schutz will officiate.  Visitation will be held prior to the service from 9:30 a.m. until the time of the service.  Waid Funeral Home of Merrill is assisting the family with arrangements.

In lieu of flowers, memorial gifts may be given to Our Saviour’s Lutheran Church, the Riverbend Trail or the charity of your choice.

Kurt’s family wishes to extend their gratitude to all of the caregivers at Pine Crest Nursing Home, the staff at Lincoln Industries and the bus drivers of the Merrill-Go-Round.  Kurt loved each and every one of you.

To order memorial trees or send flowers to the family in memory of Kurt Lindquist, please visit our flower store.